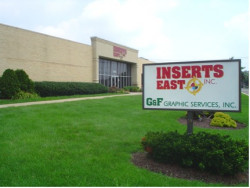 Inserts East, located in N.J., is a family-owned and operated commercial printing company specializing in printing newspaper and direct mail advertising inserts. The company works with some of the largest retail corporations, both regionally and nationally, that serve the grocery and food industry, furniture and bedding markets, sporting goods, drug stores, arts and crafts, auto, consumer electronics, and more. One of its largest customers, a regional grocery store chain out of the Northeast, requires high volumes that can run up to six million impressions for its weekly flyers with multiple versions on tight deadlines.

Besides accommodating the need for both short and long run lengths, Inserts East provides customers with a range of paper stocks, from the lightest newsprint to heavy coated sheets, while providing around-the-clock production coverage powered by nine heatset press lines, which print copy ranging from 9” to a 50” web size.

For many years, Inserts East was using traditional, processed, and post baked plates that were extremely reliable. These ‘bulletproof plates’ were ideal for the company’s large volumes of print, providing Inserts East with the dependability and assurance that they needed to deliver on their customers’ deadlines. However, over time, the company became frustrated with the time it took to get plates ready for the press, which was seven to eight minutes in some cases.

“Time is huge around here. We have nine presses sitting out on our floor, waiting for plates. The sooner we can get plates out to the presses, the better it is for our whole operation,” said Cathy Hamilton, pre-production manager, Inserts East. 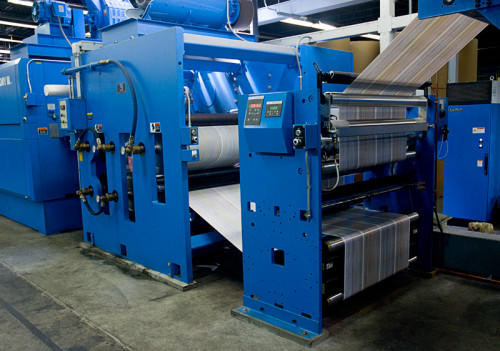 The need to solve this issue led Inserts East to a conversation with Kodak about the capabilities of SONORA X Process Free Plates. A key consideration in this discussion focused on the plate's ability to perform in the company's demanding print environment. Inserts East was aware of the cost-saving benefits that come from the elimination of chemistry and processing equipment but were less familiar with the SONORA X Plate’s track record in a print operation like their own.

"Kodak achieved a significant breakthrough when we introduced SONORA X Plates in 2018,” said Jeff Zellmer, vice president, worldwide sales, Eastman Kodak Company. “The new plates build on all the advantages of Kodak’s process free technology, by removing the barriers that previously existed for printers. With SONORA X Plates, up to 80% of printers can switch to process free plates, including large printers and those printing challenging applications that need a high-performance plate.”

For Inserts East, the decision to move away from traditional plate processing followed a short period of testing to evaluate the plate's performance within its demanding print environment. Testing the plates provided the company time to kick the tires on SONORA X Plates and compare them to their proven, and long-standing post baked plates. The results impressed the Inserts East team, as they recognized the immediate cost savings, speed-to-press, and quality of the plates imaging. The decision was then made to move all their plate making to SONORA X Plates, which now deliver several benefits that have dropped to their bottom line. 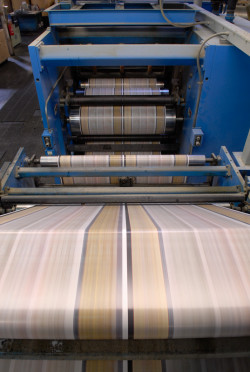 Cathy Hamilton added: “SONORA X Plates have brought a number of game-changing benefits to our print production process while improving our overall sustainability. The time savings are tremendous. Because we no longer need to post bake plates, we are saving energy, and we are now completely free of any chemicals, which is awesome. Most importantly, we’re realizing all these benefits, while enjoying print quality from SONORA X Plates that is equal to, if not better than, our previous post baked plates.”

The ability to get plates to press faster at Inserts East is also enhanced by the company’s decision to invest in Kodak’s CTP technology, which includes two KODAK TRENDSETTER NEWS Platesetters and two KODAK MAGNUS VLF Platesetters. Because Inserts East was able to remove all its plate processors by using SONORA X Plates, it was easy to fit all the CTP’s in their prepress department. The combination of these CTPs with SONORA X Plates has created a pre-press environment that has increased the company’s productivity, sustainability, and service to its customers.