WURZBURG, Germany — May 12, 2016 — This year started well for the Koenig & Bauer Group (KBA). At €258.8m group revenue in the first quarter was up 46% on the prior-year figure of €177.3m. All three segments posted considerable gains in sales, with new presses for growth market packaging printing climbing to over 70% of the total. Incoming orders of €266.3m were slightly higher than revenue this quarter. Accordingly, order backlog at the end of March stood at €582.4m, an increase on the figure from the start of the year of €574.9m. 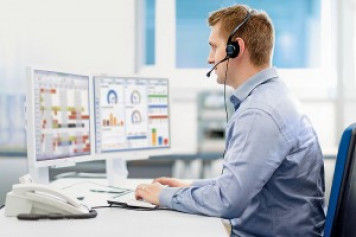 Growth in All Three Segments

The KBA Group’s largest segment, Sheetfed, is still on the right track with a 41% rise in revenue, a quarterly profit of €5.7m (2015: –€2.7m) and a high order backlog of €264m. In the run-up to the industry’s leading trade show, drupa, beginning at the end of May and given longer lead times, incoming orders of €135.7m in this segment were below the unusually high order intake of €174.7m in the first quarter of 2015 as expected.

The volume of new orders in the Digital & Web segment rose by 23% year-on-year and revenue more than doubled to €27.9m. The segment loss of –€1.8m improved greatly compared to twelve months ago (2015: –€8.7m). The KBA management board expects positive earnings for the entire year given the growth in order backlog to €77m.

At €115.1m (2015: €117.4m) the volume of incoming orders in the Special segment was roughly the same as the previous year’s figure (2015: €117.4m). Revenue grew by some 40% to €88.6m. At €0.2m the quarterly profit was below the prior year (€1.2m), whereby the project execution of a security press order led to delays impacting on profit. Earnings are expected to improve further over the coming quarters as planned given the strong order backlog.

5,216 employees were on the group payroll at the end of March, 105 fewer than the previous year. Excluding apprentices, trainees, employees exempted from their duties and staff on phased retirement schemes the group workforce sank to 4,714.

Positive Outlook for 2016 Unchanged
In its outlook for 2016 the management board confirms the statements made in its annual report for 2015 published on 24 March. KBA president and CEO: “Despite economic problems in key sales markets I remain confident that group revenue will rise to around €1.1bn in 2016 and that we will achieve the EBT margin of 3 to 4% announced. The substantial cut in cost base after completing the group restructuring, improved capacity utilization, implemented price adjustments and a stronger footing in less price-sensitive growth and special markets will be beneficial.”

At the upcoming drupa the KBA Group will be presenting innovative press concepts for analogue and digital printing as well as own finishing technology for the first time. The focus will be on the growing packaging and digital printing markets. In addition, new service offerings and workflow solutions will be showcased under the brand KBA 4.0.

After the realignment is complete, the KBA management board will focus again on generating growth in existing and new packaging markets, on industrial applications in digital web printing and expanding the service business. The group pays special attention to robust earnings in all segments and strengthening the company’s financial power for strategic Options.

The financial statements can be downloaded as a PDF file.