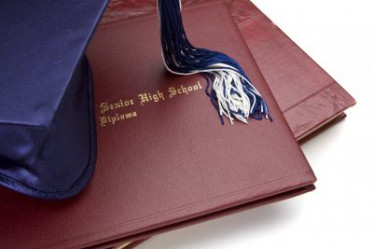 Spring is in the air, but unfortunately not for the 110 employees who work at the Visalia, Calif., Jostens printing facility. The Visalia Times-Delta is reporting that one of the city's largest employers will begin laying off its workers on May 17, and that the Jostens plant located in the Visalia industrial park will be completely shuttered by Oct. 15.

The newspaper said it obtained a copy of a notification letter that was sent to Jostens employees. It read: "This plant closing and mass layoff is a result of unforeseen business circumstances, namely, an acute and unexpected loss of business for Jostens’ products on a nationwide scale due to the COVID-19 pandemic."

Business being down isn't surprising, especially given Jostens' focus on the k-12 educational, college, sports, and other special interests markets, which includes yearbooks and other publications; graduation products such as caps and gowns, tassels, photo cards, announcements, t-shirts, diplomas and diploma frames; as well as jewelry, such as class rings, and other memorabilia and keepsakes.

With most school districts and colleges across the country closed due to COVID-19, graduation ceremonies and parties cancelled, and events designed to attract large crowds postponed or nixed completely, the impact on the 123-year-old company's primary product lines is understandably severe.

According to the paper, city leaders were upset to hear the news about the printing plant closure, which had been a major employer and staple in the local community. Visalia Mayor Bob Link also pointed to the volunteer efforts among the Jostens employees during the past several years, including their support of area food banks, schools, and fundraising activities for good causes.

Platinum Equity acquired Minneapolis-based Jostens from Newell Brands for approximately $1.3 billion in December 2018. It is a Beverly Hills, Calif.-based private equity investment firm founded in 1995 that, as of 2019, has approximately $13 billion of assets and a wide-ranging global portfolio of approximately 40 operating companies, including several with ties to the printing industry.

On July 1, 2019, it finalized the purchase of Cincinnati-based Multi-Color Corp. and merging it with a subsidiary of WS Packaging, another label and packaging solutions provider it purchased in February 2018.