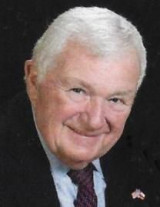 One of the former titans of the printing industry passed away Dec. 16 at age 78 in Dallas. Jerry Bowen Williamson III, the former chairman and CEO of well-known Williamson Printing, was also very active in several printing industry associations throughout his prominent industry career. Mr. Williamson served as chairman of the board of the Printing Industries of America (PIA) in 1998-1999, and chairman of the Graphic Arts Technical Foundation (GATF) from 2000-2003. He also played an instrumental role in the eventual merger of the two national organizations.

He joined his father and his brother Jesse in the family printing business, and helped build Williamson Printing into an internationally acclaimed, high-end commercial and specialty product printer known for its ability to produce printed products that pushed the boundaries of print production possibilities. The full-service operation specialized in short- to medium-run catalogs, case-bound books, direct mail and other promotional products.

Williamson Printing was acquired by Quad/Graphics in 2012, creating QuadWilliamson. In an announcement last year by Quad/Graphics to turn the facility into a digital printing hub, Tim Ohnmacht, Quad/Graphics president of marketing solutions, noted, “One factor that has remained constant since the plant was established is its reputation for award-winning quality printing and forward-thinking innovation."

Mr. Williamson received many awards and honors for his industry service, including induction into the Printing Impressions/RIT Printing Industry Hall of Fame in 1997 (his brother Jesse was a 2006 Hall of Fame honoree), the PIA Lewis Memorial Lifetime Achievement Award in 2000, the Web Offset Association Harry V. Quadracci Vision Award in 2003, the Graphic Arts Leaders of the Americas Award and the PIA Mid-America Visionary Award in 2015. He was a member of the Ben Franklin Honor Society, as well as the Walter E. Soderstrom Society.

Jerry Williamson received his BA in economics from Southern Methodist University (SMU) in 1961 and his JD from SMU in 1965. During this time, he also served in the Air National Guard, both as active duty and in the reserves. After law school, Mr. Williamson initially worked as a City Attorney for the City of Dallas.