International Paper Elects Anders Gustafsson to Its Board 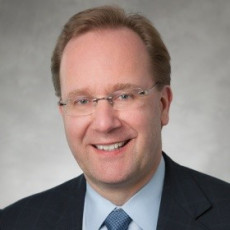 MEMPHIS, Tenn. - February 18, 2019 - International Paper Company announced the election of Anders Gustafsson to its Board of Directors effective March 1, 2019. Mr. Gustafsson, age 58, is the Chief Executive Officer and a member of the Board of Directors of Zebra Technologies Corporation, a global leader in innovating at the edge of the enterprise, designing and marketing specialty printers, mobile computing, data capture, radio frequency identification products and real-time locating systems. Prior to assuming his current role in 2007, Mr. Gustafsson served as Chief Executive Officer of Spirent Communications plc, a publicly traded telecommunications company.

"Anders brings tremendous international business experience to this role and will provide a unique and valuable technology perspective to the International Paper Board of Directors," said Mark S. Sutton, Chairman and CEO. "We are extremely pleased to have Anders join our Board."

Mr. Gustafsson has an MBA from the Harvard Graduate School of Business and a Master of Science degree in electrical engineering from Chalmers University of Technology in Gothenburg, Sweden. He was a Fulbright Scholar and received numerous fellowships and scholarships for academic excellence.