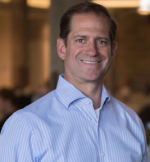 "The investments we have made to build our global capabilities and technology platform are paying off in a meaningful way," says Eric D. Belcher, CEO of InnerWorkings. "Our large backlog of new business awards and pipeline of pursuits position us well for 2018 and beyond."

Jeffrey P. Pritchett, CFO, InnerWorkings, also adds, "We are continuing to improve our mix of high value-add services leading to stronger net revenue and profit performance. We expect 2017 to be another record year on both the top and bottom line."