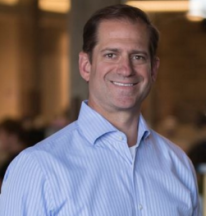 "Our second quarter results reflect strong execution of our strategy," said Eric Belcher, CEO of InnerWorkings. "We continue to win more business with new and existing clients on the strength of our global capabilities and our technology. Our business is improving its mix of high value-add services leading to stronger bottom-line performance."

Jeffrey Pritchett, chief financial officer of InnerWorkings, also noted, "We continue to see robust growth in net revenue, which we believe is the most important sales growth indicator for our business. Our net revenue and earnings outlook remain on track with additional profit improvement expected in the second half of the year, though we have moderated our gross revenue expectations for the second half of 2017."

Outlook
The Company is revising its guidance for 2017 gross revenue. InnerWorkings expects 2017 annual gross revenue to range between $1.115 billion and $1.145 billion, compared to previous guidance of a range of$1.155 and $1.185 billion. The reduction in expected gross revenue is offset by higher expected profitability, and therefore the Company is maintaining its guidance for non-GAAP adjusted EBITDA to be between$65.0 million and $68.0 million, and raising the low end of its non-GAAP diluted earnings per share guidance to be $0.46 to $0.49, compared to previous guidance of $0.45 to $0.49.