Where does one begin to describe a man so revered as Harold? He came to our association as an original charter member in 1984 and contributed to our group in more ways than any other broker.

One year, he hosted the best and funniest meeting we ever had – at the Friar’s Club in New York, his favorite place to entertain. In the Hamptons on Long Island, Harold welcomed us to relax overlooking the Great South Bay – or to stay the night at his Summer home. 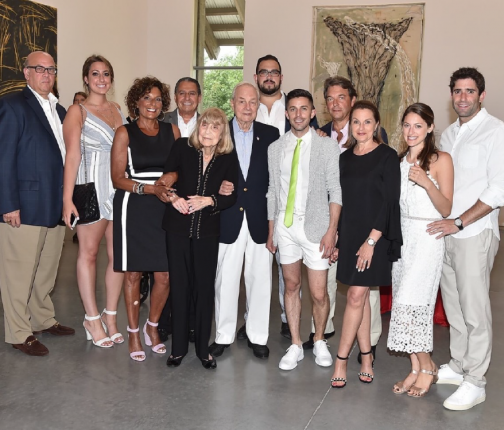 In east-side Manhattan, he and his wife, lived Monday-Thursday at a high-rise bearing the same name as his long-time printing company-turned-printing brokerage, Excelsior Graphics. Harold was with us on one of our Mexico trade missions, at many of our Chicago get-togethers including the first, in 1986, that turned into a disco party; also, in Las Vegas, Scottsdale, Beverly Hills, Toronto and most everywhere else we went.

The Siegel’s were the guests of Donald Trump and me at the Miss Universe launch in Miami Beach in 1997. He was Printing Broker of the Year, the award for which is proudly displayed at his Madison Avenue office.

Harold remembered everyone’s birthday – we’re talking thousands here! He would personally call you as he hated and wouldn’t use the internet nor texts. He loved his very accomplished family, anything to do with printing, an old meticulously maintained Cadillac, one brand of beer and, as I will remember him most, the ocean.

I spoke with him recently because he was looking at acquiring another member’s brokerage. Yes, he was working up until the end. He asked how things are in Hawaii; always interested in other people. We talked about sailing. On March 20, Harold had a stroke and passed away at Stony Brook Medical Center. He was 89 and a man like no other!

– Your friend Vince with aloha and mahalo.