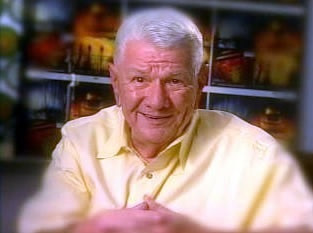 ARLINGTON, Texas - March 11, 2019 - On March 2, 2019, Harvey W. Dahlgren, founder of Epic Products International, passed away at 93 years old. According to the company's website, Mr. Dahlgren founded Epic in 1977 and developed and commercialized the first dampening system that "virtually eliminate[d] printing defects or 'hickeys.' In doing so, the quality and efficiency of offset printing presses was greatly improved. The Epic Delta Dampening System was so advanced that, still today, every major press manufacturer incorporates a dampening system based on Epic’s technology."

The website history goes on to explain that Epic is also credited with innovations in offset and digital coating technology and was the first company to "retrofit an offset printing press with a coater."

The company released the following obituary in honor of Mr. Dahlgren:

Harvey W. Dahlgren, founder of Epic Products International and printing Industry visionary, passed away peacefully on March 2, 2019 at the age of 93.

The Dahlgren and Epic names have been synonymous with offset dampening systems for decades, but it was Harvey’s Delta Dampeners which had a lasting influence on the industry. Epic is also credited for significant innovations in coating technologies. In 2013, Harvey was honored with PIA MidAmerica’s Lifetime Achievement Award.

Harvey Dahlgren was born in Mobile, Alabama in 1926 and served in the U.S. Navy during World War II. He survived the bombing of the USS Franklin, which was nearly sunk while off the Japanese coastline in 1945. Upon leaving the service, he came home to start a family and a career. He founded a printing company and then a printing ink supply company. He went on to join his brother, Harold at Dahlgren Manufacturing and subsequently founded Epic Products with his wife, Mary, in 1977.

A true innovator and adventurer, Harvey bought a plane and earned his pilot’s multi-engine instrument rating at age 76. He also explored the far corners of North and Central America in his RV with his wife Mary.

Harvey is survived by his sons, Tyler and Max, his daughter-in-laws Kimberly and Mary Barnes, and two grandchildren, Kathleen and Ben, and scores of Epic Product employees, who are grateful to the positive impact he made upon their lives.

A memorial service will be held on Saturday, March 23 details to follow at epicproducts.com