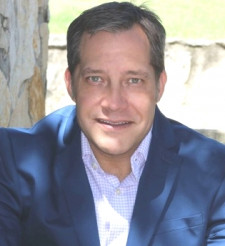 ALEXANDRIA, Va. - July 11, 2018 - As the graphic communications industry transforms, so do the nonprofit organizations serving the industry. Idealliance is pleased to announce that VP Timothy Baechle will become its new CEO on Oct. 1, 2018. David Steinhardt, who has served as Idealliance President and CEO since 2001, will become President Emeritus and continue working full-time in partnership with the new CEO and leading key innovation working groups. Idealliance is a global thought leader in the graphic communications industry and a nonprofit organization with 11 strategically located offices around the world.

In appointing Baechle to his new post, officers of the nonprofit organization sought a smooth transition and continuity with an experienced executive from within the industry to guide the future of Idealliance. Baechle, who joined Idealliance in 2016, will become its third CEO. Steinhardt assumed the leadership role 18 years ago from its first CEO, Norman Scharpf, who helped to facilitate a smooth leadership transition and continuity from present to future.

“We are excited to find within our organization such a great successor as Tim Baechle to be our next CEO,” says Idealliance Chairman Wayne Marshall, President, Flatout Branding & Design. “With many years of experience in the industry and a previous CEO of two companies, Tim brings in-depth knowledge and perspective that will be instrumental in helping us continue to innovate and evolve as an organization. 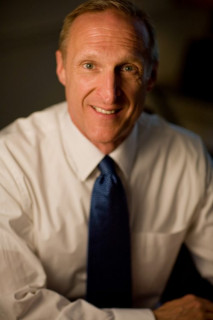 “As we make this transition, we also want to thank David Steinhardt for his 18 years of leadership and his dedication to the industry during two decades of change and challenge,” says Marshall. “We know that he will bring that same dedication to his new role as President Emeritus and we appreciate his insight and industry understanding in support of the new leadership in the months and years ahead."

“I am honored and humbled to be taking the role of Idealliance CEO,” says Baechle. “Idealliance is a one-of-a kind, innovative non-profit organization - a think tank with a global platform and global collaboration - for the graphic communications industry. Idealliance is much bigger than one individual and I am so grateful to serve alongside such incredible individuals internally and externally. Without everyone we work with, none of what we do would be possible. It is an honor and pleasure to be in the service to others, both domestically and around the world. Idealliance has a history of transforming the supply chain with core standards and leading practices by engaging all partners upstream and downstream in creation, production, and distribution workflows. Over the past two years David and I have worked closely and his continuing leadership with Idealliance will provide a through-line of action to the future.”

“I have worked for Idealliance and its predecessor for nearly 25 years - a large part of my professional career in the industry - and have found the work stimulating and gratifying,” says Steinhardt. “But after 33 years in the industry, I believe it is time to look to the next generation of leadership for Idealliance and I look forward to working with Tim and our team to address new challenges and advance our innovative initiatives.”