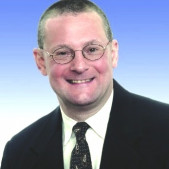 "In our January update we argued that business would begin to accelerate late this year as at least part of the stimulus proposed by the Trump Administration becomes law," writes Paparozzi. "Since then, some regulations have been rescinded by executive order, but that's about it. No major economic legislation is moving through Congress and the House and Senate are rapidly approaching their summer recess. That isn't encouraging.

"We're holding to our forecast of total commercial printing industry sales growing 1.5% to 3% this year," he continues, "but if the economy doesn't begin to accelerate and help isn't coming, growth in the 1%-to-2% range is much more likely."

This level of growth, notes Paparozzi, is neither strengthening nor weakening pricing and profitability. Just 17.5% of the State of the Industry research participants report pre-tax profitability is exceeding expectations this year — most credit that to something they've done within their own businesses rather than improved business conditions — and only 26.6% have raised prices while more than 66% have held them at 2016 levels.

Paparozzi points out that the lack of external stimuli is not, however, stopping individual companies from taking actions to reduce costs, gain new business, or take other actions to improve profitability: "Stable macro indicators belie the upheaval in our industry as companies of all sizes and types compete to enhance current capabilities and build new ones," he says.

"Many participants in our research don't particularly care what the industry at large is going to do," Paparozzi continues. "They have ambitious growth and profitability targets and carefully crafted plans for hitting these targets. Prudent investment — in areas such as marketing and brand development, labor force development, and capital equipment — is a big part of those plans."

Idealliance's new Capital Investment Research Program, sponsored by Canon and conducted by Idealliance Vice President, Global Print Technologies and Workflows Tim Baechle and Paparozzi, will release its initial Capital Investment Report on industry investment trends this fall. Companies wishing to participate in the research for the upcoming report should visit www.surveymonkey.com/r/CapitalInvestment2017. Deadline for this phase of the research is July 28.

For more information about Idealliance State of the Industry research and economic trends reports, contact Chief Economist Andrew Paparozzi at (703) 837-1062 or apaparozzi@idealliance.org. Learn more by visiting Idealliance Booth #2067 at PRINT 17, Sept. 10-14, at McCormick Place in Chicago.

For information on membership in Idealliance and exclusive member benefits such as the State of the Industry Report and Updates, visit www.idealliance.org or contact Membership Coordinator Tyler Keeney at (703) 837-1075 or tkeeney@idealliance.org.