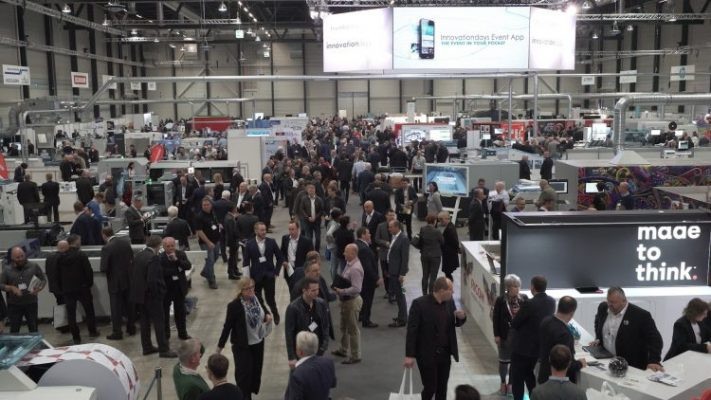 The event drew more than 6,500 attendees. 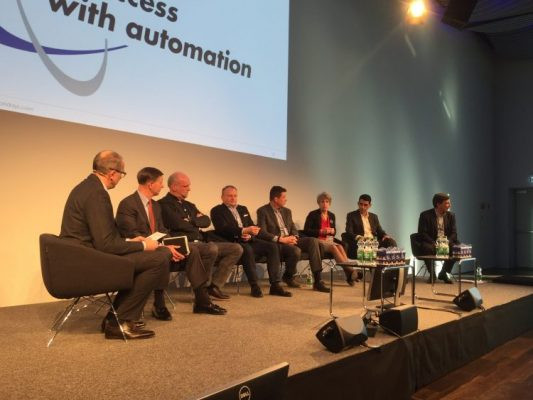 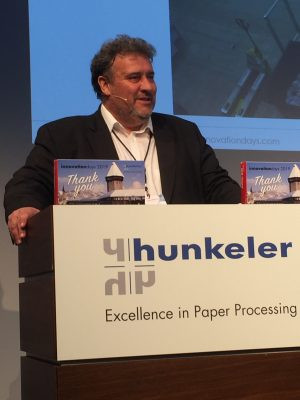 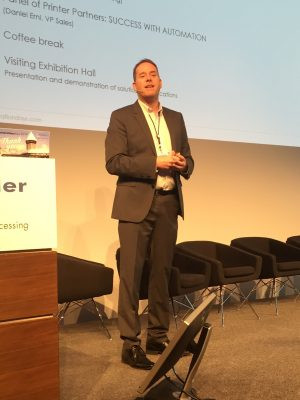 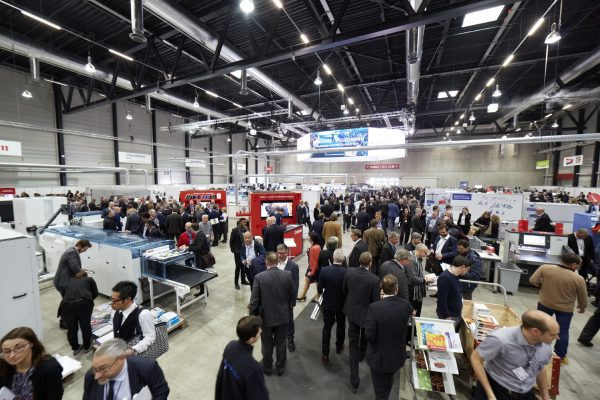 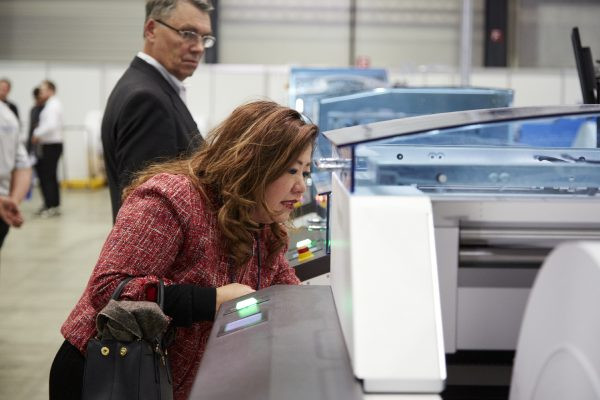 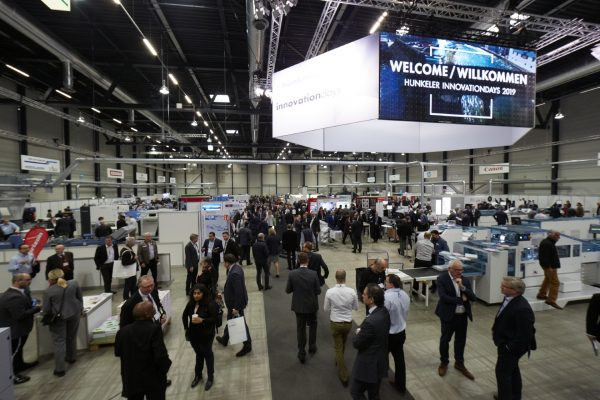 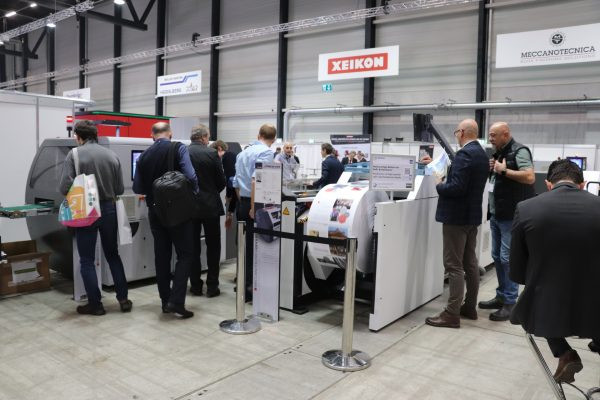 Unlike other trade shows, all of the digital press manufacturers had equal footprints to display their equipment. 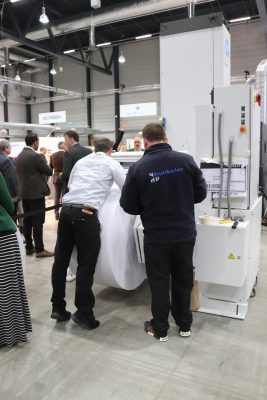 Presses and finishing equipment worked in harmony during the event. 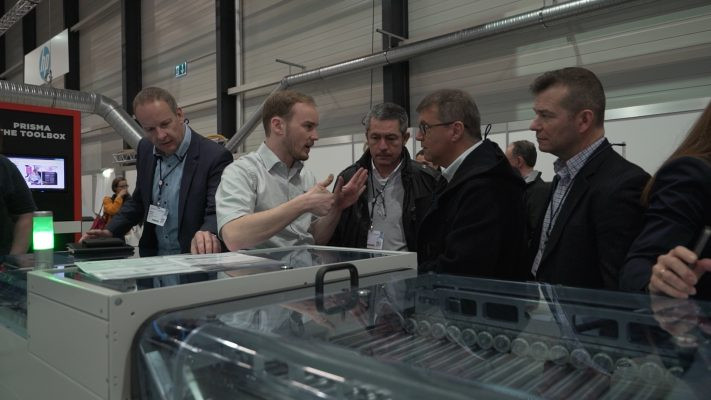 There was plenty of time each day for visitors to get their specific questions answered. 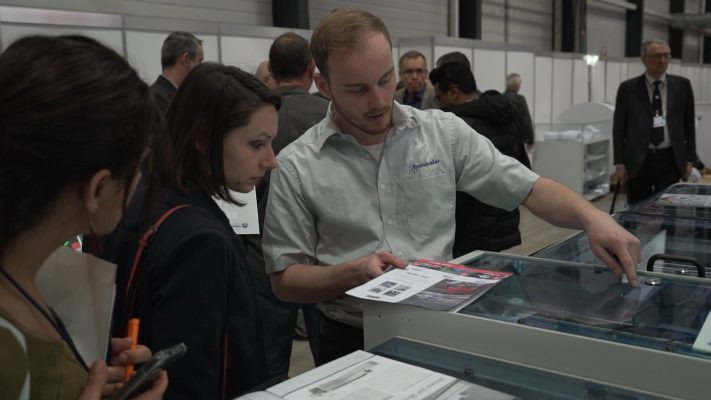 Education was a key focus of the event, held every two years. 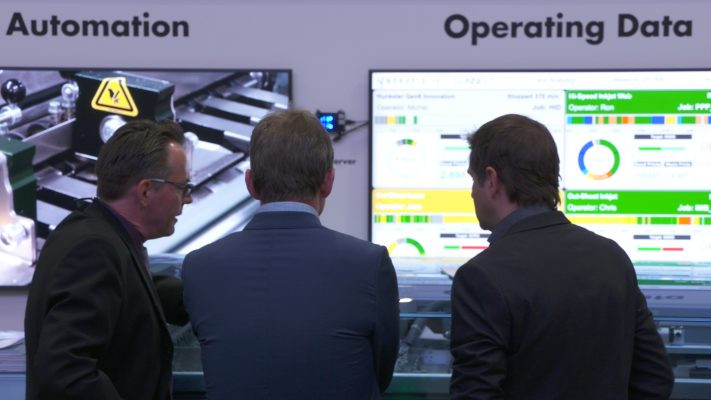 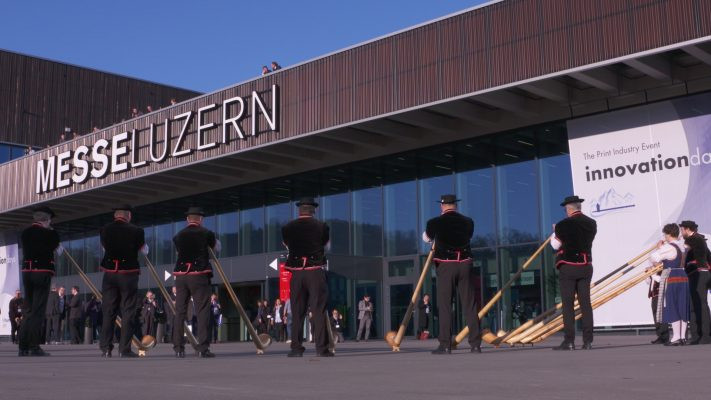 More than 6,500 people attended the event, which was easily accessible via the train.

Kudos must first go out to Stefan and Michel Hunkeler and the staff members of Hunkeler AG for organizing the 13th iteration of Hunkeler Innovationdays, which was held on Feb. 25-28 in Lucerne, Switzerland. The sheer fact that a 280-employee company, relying primarily on its own staff members, could organize an exhibition at the Messe Luzern featuring nearly 100 suppliers and more than 6,500 total attendees sends a strong message about Hunkeler’s commitment to the overall advancement of the high-speed production inkjet printing market.

Among the attendees were more than 100 U.S.-based printers, representing a virtual Who’s Who of leading printing companies, who were hosted at the event by Standard Finishing Systems.

With drupa in Germany now more than a year away, new product introductions from the digital press manufacturers were fairly limited, but some were still noteworthy:

But, as one might expect, Hunkeler itself pulled out all of the stops to demonstrate its new offerings. Among them was a technology demonstration of the new Generation 8 series (roll-to-sheet) system showing fully automatic production changeovers between 2-up and 3-up processing during high-speed production.

Another demonstration showed book production changeovers. In the CS8 cutter, the longitudinal cutting blades and sidelays were engaged and disengaged via a motor-driven process. Variable cross-cutting and job switchover in the separation module were dynamically controlled. And the system laterally transferred individual jobs into the LS8 stacking module, where they were output automatically.

To show book block production with variable formats and numbers of pages, Hunkeler also showed book production with a PF7 double plow folder, as well as a flyfolder, integrated into a fully automatic line.

And, deploying a Gen8 combi line, Hunkeler produced a mailing product with coupons and a reply card. Using the dynamically controlled vertical and horizontal perforation function of the DP8 dynamic perforator, the perf pattern was able to be changed automatically from one copy to the next. As an option, the direct mail pieces were also being diverted to a Horizon AF series folder.

Hunkeler Innovationdays 2019, if anything, validated the continuing maturity of the high-speed production inkjet printing market. Discussions between exhibitors and printers centered around end-to-end automation, efficiencies and productivity enhancements — not as much about the quality of the digitally printed output or the ability of the presses to print on standard offset and other paper grades.

Held every two years, the next Innovationdays will be held Feb. 22-25, 2021, again, in the extremely picturesque Lucerne, Switzerland.