HP Board: 15 Reasons Why HP Shareholders Should Reject Xerox $34.9B Acquisition Offer

Not surprisingly, HP Inc. issued a release March 5 indicating why Xerox Holdings' recent unsolicited $34.9 billion proxy bid to acquire all outstanding shares of HP Inc. for $24 per share (a $2 per share increase above its initial offer) — comprising $18.40 in cash and 0.149 Xerox shares for each HP share — is not in the best interests of HP shareholders.

“Our message to HP shareholders is clear: the Xerox offer undervalues HP and disproportionately benefits Xerox shareholders at the expense of HP shareholders,” Chip Bergh, chair of HP’s board of directors, said. “The Xerox offer would leave our shareholders with an investment in a combined company that is burdened with an irresponsible level of debt and which would subsequently require unrealistic, unachievable synergies that would jeopardize the entire company.” 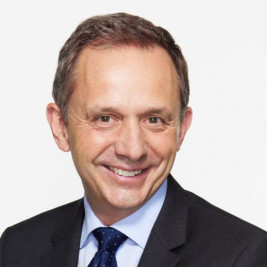 "At HP, we’re creating value, not risk,” Enrique Lores, HP’s president and CEO, added. "HP is a trusted brand with a strong track record of value creation and we’re executing a clear plan that will drive significant earnings growth. We’re well positioned in our categories, aggressively attacking costs and pursuing the most value creating path for our shareholders."

Here are the 15 primary reasons the HP board gives why shareholders should reject the Xerox takeover bid:

If history repeats itself, Xerox's board will soon be issuing a similar statement reiterating its own top list of reasons why the proposed transaction would make good business and financial sense — such as the investor presentation that Xerox CEO John Visentin (click here to view his Xerox Shareholder Presentation) has been using to gain the direct support of HP's major shareholders.