Horton Hears A ‘What?’ Call 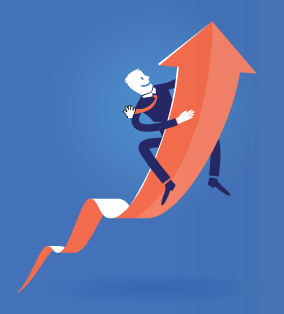 Once upon a time, there was a print sales rep named Horton. After three years of hard work, Horton had built up a modest book of business but neither it nor he were particularly spectacular. Or profitable. The work he pulled in was won on price and he’d worn a path in the rug to his manager’s office in order to find a lower number to present. Horton had become quite used to the routine:

Sitting at his desk, Horton would listen to the other sales reps’ conversations and noticed that they sounded nothing like his. Theirs were happy, friendly talks about ideas for improving the way their printing could help them to meet their business goals. It sounded like a foreign language to him. How was any of that relevant to the job of selling print?

Eavesdropping on one phone call, he heard the rep say something that stopped him cold, “Jimmy, just tell me what you are trying accomplish. What do you want to get out of that trade show? What is your ideal outcome?” When the call was over, Horton walked around the divider and talked to the sales rep.

“I couldn’t help but overhear you talking with your client just then. Your conversation took a strange turn when I heard you ask about the trade show. What does that have to do with selling print?” Horton asked.

“Well,” the seasoned rep replied, “understanding what they are trying to accomplish, what their goals are, and what they want to get for the money they’ve invested in the show helps me to avoid the price objection. It’s really all about The What?”

And that’s when he heard it clearly for the first time. Horton heard a What?

“Let me explain,” the rep continued. “On the surface, our job is to sell print. We keep our presses running by finding clients who use what we offer. But as you have discovered, we are not the only ones with this capability and, very often, we need to be the lowest price in order to win the work.”

“Yes,” Horton said, “I’ve definitely run into that truth. But I am struggling to break through and grow my sales. The hard part is finding out who buys the print. Once I have a name, I can...”

“Stop!” the rep yelled. “Who to look for is not the primary task. You need to find The What? before you can seek The Who?”

“That’s the second time you used that phrase: The What? What is The What?” begged Horton.

“Ah,” professed the older rep, “now you are paying attention. Okay, let’s talk about how to change the way you approach a prospective client. Currently, you seek to find out the name of the buyer and, in doing so, you limit your ability to win the account on anything but having the lowest price. You are quoting on a pre-determined print solution, something that they’ve already come up with. That same piece is going out to multiple vendors. No one wins but the client when that happens. Let’s take a different approach, Horton. For now, forget about who buys the print or even what their print needs are. Instead, think business!”

Horton sat stunned. He opened his mouth but nothing came out. Mercifully, the rep continued. “Step back and look at their business needs. Take my trade show client, for example. Here’s a guy who just wrote a check for $10,000 to participate. He wants three things:

“Now, if I call and ask, ‘Can I talk to you about your print needs?’ I might, maybe, get the chance to quote along with a bunch of other printers. We all know how that will go. But instead, if I call and say something like, ‘I’d like to talk to you about how I can help you make the most out of your investment in this trade show,’ I am getting into a different conversation at a completely different level. This can only end better for me!”

“Well, that’s great for a veteran rep like you,” Horton insisted. “You’ve probably run into this situation dozens of times and know exactly what to say. But if I try using that line and the customer presses me for answers, I’m toast. I’ve never run a trade show. I’ve never participated in one. And I’ve certainly never advised a client on the steps he must take to make the most of his investment.”

“Horton, when you are seeking The What you don’t need to know the answers. You just need to know the questions to ask.” Looking at Horton’s blank expression, the rep continued, “Let’s say you could ask the customer anything about making this a successful show. What would you say?”

After a long pause, Horton said, “Well, I’d want to know what kind of prospect he is trying to attract, maybe what they’ve done in the past, what the show is all about and what they do with the leads afterward.”

“Bingo!” the rep yelled. “Now you’re getting it. Look at a prospect through a different lens and put yourself in their shoes. See their business needs and not their print needs. Then, you can structure your entire sales call around solutions and not price.”

Just then, Horton’s desk phone rang and, after excusing himself, he walked over to pick it up. “Horton, this is Peter Pricer. You’ve called on me a few times and I wanted to reward that persistency by asking you for a price on a data sheet. Here are the specs...” The client finished and Horton was just about to hang up when the conversation with the veteran rep came to mind. He wondered if The What selling tactic worked here as well. Only one way to find out, he thought.

“Peter, before I let you go, let me ask you a couple of questions. How will this data sheet be used? How long will it be before it gets updated and you’ll have to throw out the remaining inventory? If I can learn more about how the piece is used, I can come up with not only a price for what you have, but possibly a different solution, if you are open to it, that is.”

“Wow. No one has asked those questions before, Horton, and I have to be honest. I don’t have the answers,” the client said. “Let me get them for you and then call back. I am definitely interested in a better way, if one can be found. Thanks.”

As Horton put down the receiver, he felt different. He knew something seismic had shifted in him and that his days in the race to the bottom were over. No longer would he seek out The Who? Instead, he’d look for The What and, as a result, achieve a different and better outcome.

And it was all because Horton heard a What? instead of a Who?