Heidelberg Reports It's on Track to Meet Medium-Term Financial Targets 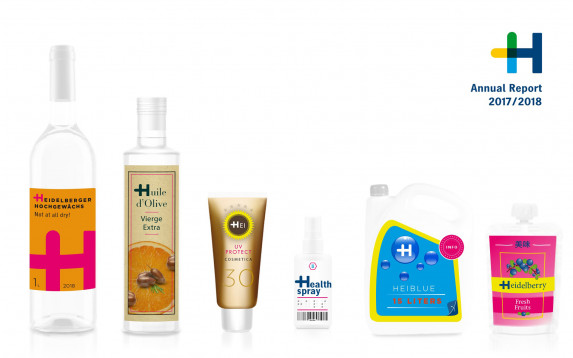 WIESLOCH/WALLDROF, Germany - June 12, 2018 - Heidelberger Druckmaschinen AG (Heidelberg) made significant progress with the Group’s targeted digital transformation in financial year 2017/2018 (April 1, 2017 to March 31, 2018). By the beginning of June, several customers had already opted for the new subscription model that offers Heidelberg products and services as part of a usage-based all-in contract running over several years. The total of over 30 contracts being targeted for the new financial year 2018/2019 looks set to generate business worth some €150 million over the standard five-year term of these models. However, as the number of contracts concluded is just starting to pick up, this will only be reflected in the company’s figures to any significant extent from financial year 2019/2020 onward, when it will also help stabilize Group sales.

In addition, the series production of digital presses for packaging and label printing (Primefire and Labelfire), which also started in financial year 2017/2018, will have an increasingly positive impact on sales. The aim for the coming years is to deliver at least one digital press per month to customers. As the number of systems installed increases, stable, recurring sales of consumables will also continue growing and exceed machine-only business. Further positive impetus is anticipated from additional sales of consumables, increased levels of e-commerce business thanks primarily to our newly founded Heidelberg Digital Unit, and the ramp-up of Digital Platforms. 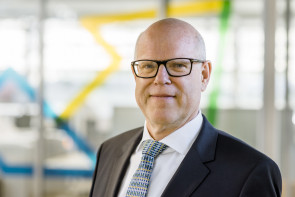 The recently agreed sale of the research and development building in Heidelberg marks the successful conclusion of the planned infrastructure projects at the Heidelberg and Wiesloch-Walldorf sites. Another important step as part of efforts to improve operational performance – among other things by reducing process and structural costs under the “Operational Excellence” initiative – has thus been completed.

Heidelberg can thus confirm the medium-term targets communicated in the summer of 2017. These include an increase in Group sales to around €3 billion, an operating result (EBITDA) of €250 to 300 million, and a net result after taxes of over €100 million.

“As announced at the last Annual Accounts Press Conference, Heidelberg is well on the way to achieving its goal of once again becoming the lighthouse of the industry. Our digital transformation will continue systematically in financial year 2018/2019. Both our new subscription model and the new digital presses remain in high demand. Given that this will have a substantial impact on our sales and result from 2019/2020 onward, we can confirm our medium-term targets,” commented CEO Rainer Hundsdörfer.

Based on the audited figures from the annual financial statements, Heidelberg has achieved the targets it set itself with Group sales of €2,420 million. The difference compared with the previous year’s figure of €2,524 million is mainly the result of negative currency effects and the deliberate avoidance of risky remarketed equipment business amounting in total to over €100 million. Despite the negative currency effects in the period under review, incoming orders were at a very encouraging level for a post-drupa year at €2,588 million (previous year: €2,593 million). The demand in the final quarter of the year was substantially up on the figure for the same quarter of the previous year – €676 million compared with €604 million – among other things due to the full order volume of subscription contracts now being taken into account. This contributed to a significant increase in the order backlog at the end of the financial year and also to a visible improvement in sales in the first quarter compared with the previous year. 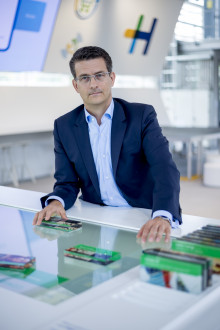 Cash flow was clearly positive and on a par with the previous year’s level at € 104 million. Due to acquisitions and investments associated with the construction of the new innovation center in Wiesloch, as expected, the free cash flow was slightly negative at €–8 million (previous year: €24 million). The net financial debt fell to €236 million in the reporting period (March 31, 2017: €252 million) and leverage at 1.4 remained well below the target value of 2.

“Our growth initiatives are accompanied by a new financing framework that also enables us to further accelerate the digital transformation through targeted acquisitions,” said CFO Dirk Kaliebe. “In the future, too, we will make a point of leveraging the resulting growth potential with acquisitions throughout the entire value-added chain,” he added.

Based on the progress in the targeted digital transformation, the Company is forecasting moderate sales growth for 2018/2019. The solid order backlog at the beginning of the financial year supports this forecast. The first half of the year is again expected to be impacted by negative currency effects, first and foremost on account of the US dollar/euro exchange rate and out of Asia as well. As in previous years, Heidelberg is currently intensively examining several options for external growth, but the probability of such transactions cannot be reliably quantified at this time.

The moderate growth in sales, combined with efficiency enhancement measures, including initial savings from the recently initiated operational excellence program, should allow an EBITDA margin excluding restructuring result in the range of 7 to 7.5 percent in the 2018/2019 financial year. The additional staff costs resulting from the new collective bargaining agreement have been taken into account.

As a result of the forthcoming transformation activities and the optimization of processes and structures in the context of operational excellence, Heidelberg is assuming restructuring expenses of around € 20 million in the new financial year.

Interest expenses are to be reduced to around € 20 million in the medium term as a result of the ongoing optimization of our credit facilities. However, the anticipated positive effects will initially be outweighed by the negative impact of the planned early partial repayment of the existing high-yield bond (8 percent) in 2018/2019. However, this move will reduce interest expenses in subsequent years.

In the financial year 2018/2019, while Heidelberg is also forecasting higher tax expenses at foreign Group subsidiaries, the company still expects a moderate increase in earnings after taxes compared to the previous year (including a non-recurring tax effect in 2017/2018), which is set to rise further in subsequent years.

The scheduled publication date for the financial statements for the first quarter of financial year 2018/2019 is August 7, 2018.