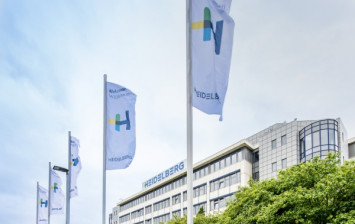 HEIDELBERG, Germany, — August 10, 2017 — Heidelberger Druckmaschinen AG (Heidelberg) has started the new 2017/18 financial year (April 1 to June 30, 2017) with an increase in sales and earnings. That means it is on course to achieve its annual targets.

After initiating a raft of measures, Heidelberg has already sharpened its strategic focus in the first quarter on the key areas of technology leadership, digital transformation, and operational excellence. The company is underscoring its ambitions to consolidate a new corporate culture and return to growth with the motto “Heidelberg goes digital.”

“We are making good progress in transforming Heidelberg into a digital company,” says Rainer Hundsdörfer, CEO of Heidelberg. “We have already had our initial successes in the first quarter, thanks to our new digital presses and two constructive acquisitions. We want to become even faster and more efficient in the future and are continuing to reconfigure company structures to that end.”

Positive Results from the Implementation Already in the First Quarter
During the first quarter of the current financial year, Heidelberg showcased itself as an industry pioneer for digitization at the key China Print trade fair. Customers showed a great deal of interest in this forward-looking topic, which translated into positive developments in incoming orders in this important market. Heidelberg has encountered strong customer demand for the “Primefire,” the first industrial digital packaging printing press, and order books are full for the next two years.

By taking over software supplier DOCUFY, the company is reinforcing the new digital platforms business area and expanding its Industry 4.0 portfolio. In the growth segment of consumables, business with coatings and pressroom chemicals has been further expanded in the EMEA region following the acquisition of this area from Fujifilm. Additional measures relating to operational excellence include efficiency improvements on all levels, such as higher efficiency in logistics achieved by the optimization of the tariff model in this sector and by acquiring the logistics center.

The digitization strategy at Heidelberg has also been rewarded on the capital markets. For example, at the end of the period under review, a convertible bond was converted to equity almost in its entirety, which will see interest costs drop by approximately €5 million a year.

Medium-term Targets in Focus
Given the strong demand for the digital product portfolio in packaging and label printing and the expansion and increased networking in a digital business model (Equipment, Consumables, Service), Heidelberg sees itself as being on course to achieve the company targets for 2022 that were announced in June (company sales ~€3 billion / EBITDA of €250 – 300 million / net result > €100 million). The additional revenues from new applications via digital platforms are being grown by the ongoing expansion of an eCommerce platform. Through the announced efficiency enhancements and improvements to the cost structure, operational excellence measures are set to drive up profitability by approximately €50 million.

“The almost complete conversion of a bond into shareholder’s equity is further evidence that our digitization strategy is being acknowledged on the capital markets. The repayment of the convertible bond has brought us closer to our goal of achieving a sustainable improvement in net interest income. We want to reduce interest costs, which currently stand at €34 million, to €20 million annually in the future,” says Dirk Kaliebe, CFO at Heidelberg, commenting on developments.

Outlook: Sights Still set on the Year-end Targets for 2017/18
In financial year 2017/18, Heidelberg is focusing on initiating and implementing its key strategic measures – the strengthening of technology leadership, digital transformation, and operational excellence – under the umbrella of “Heidelberg goes digital”. Although these activities will not have a noticeable impact on operations in financial year 2017/18, they will play an important role in helping to achieve the company’s medium-term targets.

As announced at the Annual Press Conference on June 8, 2017, sales in financial year 2017/18 are set to reach the same level as the previous year. This is due to the anticipated development in order levels, the acquisitions that have already been completed, and – a measure that will have an inverse effect on sales – the avoidance of low-margin or high-risk activities.

In financial year 2017/18, the company aims to achieve an EBITDA margin in the region of 7 to 7.5 percent through efficiency improvement measures. Compared to the previous year and factoring in a further improvement in the financial result, net profit after taxes is set to show a moderate increase.