Heidelberg Shareholders Emerge From Annual Meeting With Optimism for Future 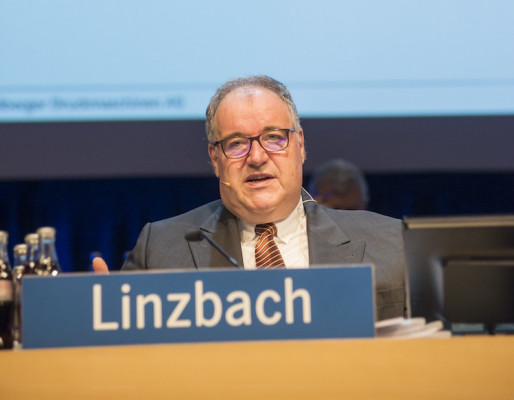 Gerold Linzbach, CEO of Heidelberger Druckmaschinen AG, at the AGM for financial year 2015/2016 held at the Congress Center Rosengarten in Mannheim. 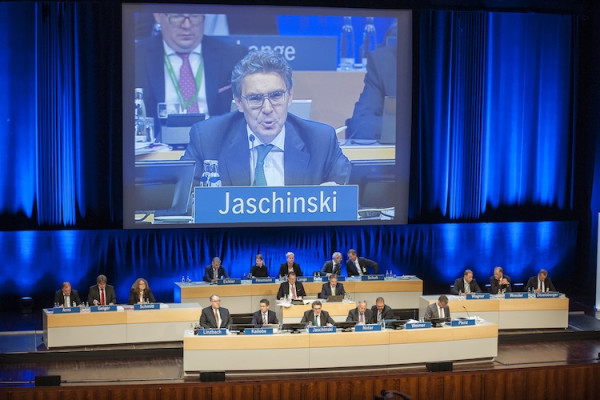 Siegfried Jaschinski, Chairman of the Supervisory Board of Heidelberger Druckmaschinen AG, at the AGM for financial year 2015/2016. 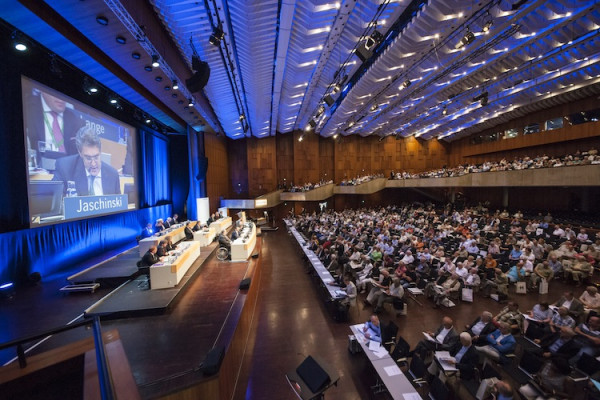 HEIDELBERG, Germany — July 29, 2016 — Around 1,500 shareholders yesterday participated in the Annual General Meeting (AGM) of Heidelberger Druckmaschinen AG (Heidelberg) for financial year 2015/2016, which was held at the Congress Center Rosengarten in Mannheim. Approximately 33% of the company’s share capital was represented at the event.

The Management Board discussed the company’s strategy and the figures for the past financial year (April 1, 2015 through March 31, 2016). In his speech, Heidelberg CEO Gerold Linzbach analyzed where Heidelberg is currently at and then highlighted where the company is heading in the medium term. Over the past financial year, Heidelberg has set the course for growth and sustained profitability. The effects of the successful strategic reorientation in recent years are being felt. The substantial increase in sales, the improvement in the EBITDA margin to nearly 8%, and the significant reduction in financing costs delivered the predicted clearly positive net profit after taxes in the year under review. A €100 million turnaround in result — from €-72 million to €28 million — was achieved.

Heidelberg is looking to continue its growth trajectory in the years ahead based on the new portfolio and planned acquisitions, especially in the services sector. To this end, the company is focusing on new products and concepts from the strategic areas of equipment, services, and consumables, and also on the industry’s digitization. This is intended to significantly increase the future volume of business and unlock new market opportunities. These new offerings from Heidelberg are aimed primarily at the growing market for high-end packaging and high-quality commercial printing at industrialized print shops.

Approval from the company’s shareholders was needed for five of the six items on the AGM agenda, including Karen Heumann’s election to the Supervisory Board. All items on the agenda were approved with a clear majority.

Edwin Eichler notified the company that he would be resigning his seat on the Supervisory Board at the end of that day’s AGM and would therefore be stepping down at the end of July 2016.