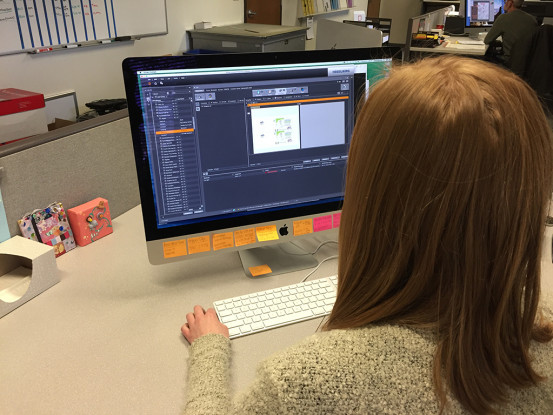 KENNESAW, Ga. - March 14, 2018 - Throughout its 18 years in the printing industry, Graphicolor Printing has continuously invested in industry-leading equipment in order to increase their capacity and their customer base. With more jobs, employees and customers to appease, Graphicolor knew it needed to upgrade their prepress software. The Prinect Prepress Manager with Signa Station from Heidelberg is exactly what the company needed to increase throughput, productivity, efficiency and maintain top-notch quality.

As the printing industry continuously changes, Graphicolor, a small print shop in New Berlin, Wisconsin, makes sure to stay up-to-date with the ever-changing technology and equipment needed to satisfy their customers. In January 2017, Graphicolor was ready to take the next step in their expansion and purchased Prinect Prepress Manager and Signa Station. Making prepress tasks simpler and easier, Prinect offers the right applications for all of Graphicolor’s needs.

“With our previous prepress workflow, we were facing significant limitations,” said Jeffrey Weniger, prepress manager, at Graphicolor. “We needed something that was robust and fast enough to accommodate our growing workflow; software that was going to be trustworthy, and software that would offer us new features, so that we could continue to grow to a new level without having to purchase new software later on. The Prinect Prepress Manager does all of that for us.”

The most prominent tasks offered on the Prinect Prepress Manager include automatic preflighting and optimization of supplied print data, impositioning of sheets, calibration, platesetting, and subsequent automatic archiving. Ripping is performed using the Prinect Renderer based on the latest version of the Adobe PDF Print Engine, which supplies the color information for the jobs in the pressroom.

“Because of all the offerings from Prinect, we were able to increase our job count, which ultimately makes us more profitable,” said Weniger. “We definitely wouldn’t be able to do half the jobs we do now without Prinect.”

Next Level of Efficiency: Signa Station

Alongside their Prinect Prepress Manager is Signa Station, the world’s leading solution for impositioning and assembling sheets, and is a central component of the integrated Prinect workflow.

“Another level of increased efficiency we received was with our Signa Station,” said Weniger. “Being able to compose complex press layouts quickly and accurately has saved us so much time that we didn’t realize we were losing.”

Partnering both the Prinect Prepress Manager and Signa Station together has allowed Graphicolor to increase their capacity in other areas. Previously, Graphicolor had to spend a lot of time in their prepress department. Now, they are able to distribute that time to other areas of their business, such as digital, large format printing, and mailing, which allows them to be more versatile for their customers.

While Prinect Workflow offers everything Graphicolor needed, the competitive advantage of having the software is having Heidelberg SystemService alongside it. Heidelberg has the largest service coverage in the industry and offers a wide range of technical, financial and performance services to ensure that customers are getting the most from their equipment. The wide network means that close-by technicians are readily available to help customers in need.

“Recently, we lost one of our computers that was a major component for our platesetters, and we thought we were dead in the water,” said Weniger. “We called Heidelberg, and they were certain that they could fix it. Within 90 minutes, we were back up and running! The difference with Heidelberg is that the people care just as much about your finished product as you do. When you’re a Heidelberg customer, you’re a part of the Heidelberg team - that’s the true winning value to me.”