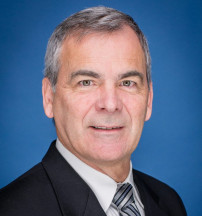 U.S. Government Publishing Office (GPO) announces William (Bill) L. Boesch, Jr. as the agency’s Chief Financial Officer (CFO). In this role, Boesch will administer and guide policy and oversight of the agency’s financial strategies and administrative support systems, personnel, and operations. He will serve as GPO’s principal financial liaison with the Appropriations Committees in the U.S. Senate and the U.S. House of Representatives. Boesch has served as GPO Acting Chief Financial Officer since December 2018.

Boesch has been part of GPO’s Finance department for nearly 40 years. He joined the agency in 1979. Since then, he has been intricately involved in managing GPO’s finances, including budgeting, financial audits, accounting, and financial reporting. Positions he has held at GPO include several account analyst positions, Assistant Comptroller, Comptroller, Deputy CFO, and Acting Chief Financial Officer. Before arriving at GPO, Boesch worked for the U.S. Army and private accounting and data processing companies. He is a native of Baltimore, MD and is the fourth generation in his family to work in the printing and publishing industry.

“I congratulate Bill on his promotion as Chief Financial Officer,” said GPO Acting Deputy Director John Crawford. “With four decades of experience working in GPO finances, he is an invaluable asset to the agency, and I can think of no one better fit to take on this role.”

Boesch holds a B.A. in Business Administration from the University of Baltimore (UB) and has completed graduate work at both the UB and George Washington University.