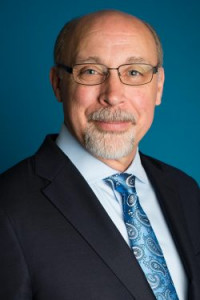 “Dan’s vision and leadership skills have been invaluable to GPO during the last eight years by creating programs that have empowered employees with the skills and tools to be the next generation of leaders,” said GPO Director Davita Vance-Cooks. “He is a natural choice to lead our entire Human Capital team and I look forward to his ideas for continued success. All of GPO congratulates Dan on a well-deserved promotion.”

Mielke recently served as the Workforce Development, Education and Training Chief, where he oversaw a team that developed and implemented professional and industry standard training and certification tracks of workforce skills required to meet the agency’s vision of transforming into a digital information platform. In addition, Mielke developed, implemented and taught the agency’s leadership development and supervisor leadership programs.

Mielke earned a Bachelor of Science degree in Liberal Arts from Excelsior College in New York and is a graduate of the Marine Corps Command and Staff College.

GPO is the Federal Government's official, digital, secure resource for producing, procuring, cataloging, indexing, authenticating, disseminating, and preserving the official information products of the U.S. Government. The GPO is responsible for the production and distribution of information products and services for all three branches of the Federal Government, including U.S. passports for the Department of State as well as the official publications of Congress, the White House, and other Federal agencies in digital and print formats. GPO provides for permanent public access to Federal Government information at no charge through www.govinfo.gov, partnerships with approximately 1,150 libraries nationwide participating in the Federal Depository Library Program, and our secure
online bookstore.