Out-of-home (OOH) advertising offers brands the opportunity for real-life interaction with its audience. By adapting OOH formats and thinking outside the proverbial box, brands along with their agencies and print providers can create memorable and relevant experiences. In January, Google, Renault and TUI created some memorable campaigns, bringing brands and audiences closer. It was also great to see one of this month’s “most memorable” campaigns from JCDecaux included a shout-out to its North America division. 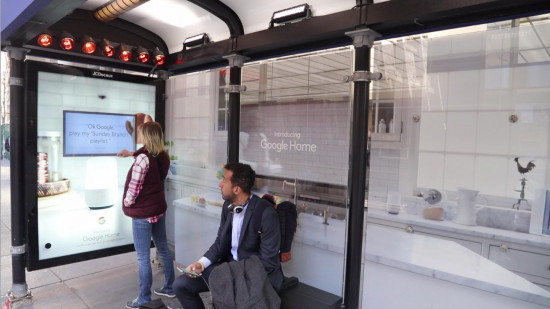 The touchscreens in each shelter displayed different household queries, and passers-by could control the “house” by choosing different commands. For example, if they chose to dim the lights, the lights inside the bus shelter responded. If they decided to turn up the thermostat, the integrated heat lamps switched on. Google Home made the bus shelter respond to questions and even play music on command. 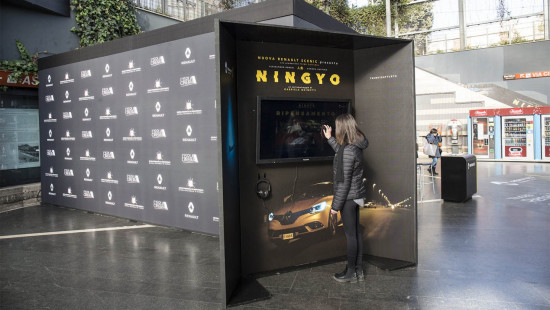 For three and a half weeks (January 16 – February 3, 2017) in Rome, Igpdecaux Italy, Renault and Renault-Nissan took over a metro station and turned it into an interactive pop-up cinema showing the exclusive film "Ningyo", directed by Gabriele Mainetti.

Renault wanted to create not only an immersive but also an inclusive experience for Rome’s commuters. In addition to its full station domination, Renault gave people the opportunity to edit the film. Commuters could build a storyline using the eight clips available on the digital touchscreens outside the cinema. This way, the cinemagoers inside the auditorium saw a variation of the story during each viewing. 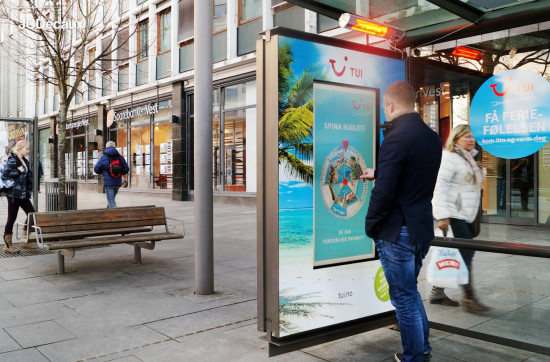 Up north in Oslo, Norway, for one week in January (January 23-30, 2017), Jcdecaux Norway and TUI (after a rebrand from Star Tour) launched an awareness campaign that let passers-by experience a sunny TUI beach destination, despite it being the middle of the cold Norwegian winter.

JCDecaux Norway equipped three bus shelters with touchscreens, speakers and heat lamps. Passers-by interacted with the touchscreens, choosing different features of their ideal getaway. TUI then narrowed down the choice and presented them with the perfect destination. A lucky few even won Kr1000 voucher to go on their dream holiday. The rest could still enjoy a bit of warmth and tropical scenery under the heat lamps of the bus shelter.