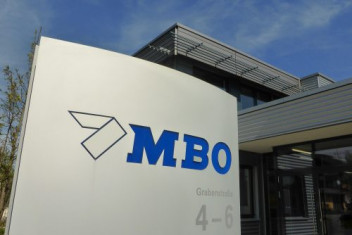 The acquisition of the MBO Group by Heidelberg would have included MBO's Oppenweiler, Germany, headquarters.

The planned acquisition, first announced Oct. 2, 2018, of digital postpress equipment manufacturer MBO Group by Heidleberger Druckmaschinen AG (Heidleberg) is completely finished (pun intended). The German Federal Cartel Office, the antitrust authority that regulates and prohibits what it deems to be monopolies or cartels, struck down the proposed deal. As a result, both companies will move forward and continue to operate as separate and independent entities. 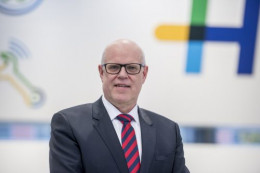 “We take note of the decision with regret and [are] moving on, even though we see the future market position of the combined companies differently,” Heidelberg CEO Rainer Hundsdörfer commented following the ruling. Despite the setback, he indicated the two companies remain convinced that integrating the offerings of MBO would have given their customer bases added benefits in terms of smooth industrial processes in the digital future. The acquisition, which originally had been expected to close by the end of 2018, would also have enabled Heidelberg to gain access to new clients in digital web finishing, the pharmaceutical industry, and add MBO mailing system offerings to its offset portfolio.

With sales of approximately $56 million and majority owned by the Binder family, the MBO Group operates sites in Oppenweiler and Bielefeld (Herzog+Heymann), Germany; distribution offices in the U.S., France and China; and a manufacturing facility near Porto, Portugal, which together employ approximately 450 workers.

Even though the takeover of the MBO Group is not going ahead, Heidelberg said it will continue to pursue the strategy of further developing its binding and finishing portfolio in the direction of industrial-scale postpress operations.This includes the Stahlfolder TH/KH series folding machines, especially the high-performance P-class. In parallel to this, the company is trying to tap into industry growth segments, which include digital finishing, folding cartons, and pharmaceutical inserts and outserts.

Heidelberg also underlined its collaboration with Chinese postpress specialist Masterwork Group, which was first established in 2014 to help Heidelberg gain greater access to the growing packaging printing segment, especially in China — the world's largest individual market. On March 22, 2019, Masterwork invested approximately $77 million in Heidelberg to become a strategic anchor shareholder. It now holds around 8.5% of the company's shares. 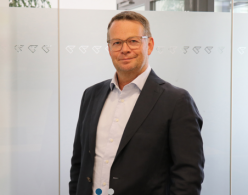 For its part, following the ruling, the MBO Group indicated it will continue to focus on folding machines for industrial print processing, as well as the growth segments of pharmaceutical applications and digital printing with its MBO and Herzog+Heymann brands. The company has also invested in Finishing 4.0 software solutions for production planning and analysis to enhance efficiency in the increasingly connected print processing segment.

“We have made tremendous progress in restructuring the business and managed the turnaround in time,” MBO Group CEO Thomas Heininger, said. “Defying the general market trends, the group has grown in 2018 and we can also report positive earnings.” For the current year, he added that the MBO Group continues to experience a very good level of new orders and, therefore, expects considerable growth again in 2019. At the same time, MBO plans to cooperate more closely with its global representation to boost activities in international markets.