CHICAGO - September 8, 2017 - There were recently three major cases that were ruled in favor of printing industry defendants - printers and OEMs. However, the issue is not behind us. It’s just starting said Cal Poly Professor Emeritus, Dr. Harvey Levenson, who will lead the seminar entitled, “A Case Study of Patent Trolls Attacking the Printing Industry: The Industry Is Winning!”

Levenson said, “I’ve been studying this matter for several years and have the answers - the path to nipping these trolls at the bud.” This will be discussed in a FREE PRINT 17 seminar. It is free, according to Levenson because the matter is urgent, and “I want to share the issue and strategies with as many of our printers and OEMs as possible. No one pays to attend. Just show up.” 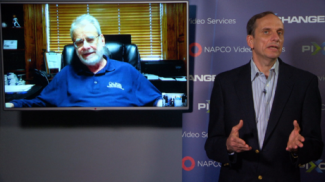 Levenson will be accompanied by two “Printing Industry Heroes Among Us,” an attorney who was mainly responsible for the dismissal of the three major cases, and an inventor named on two of the patents who was almost a victim of the trolls, but wound up as their adversary. You will hear their stories, firsthand.

Printers and OEMs are being threatened with lawsuits claiming patent infringement for having equipment used for everyday business practices. Levenson said that no company is immune. “If you are a printer using software-driven technology or an OEM producing software-driven technology (small, medium, or large), and have not yet been faced with the extortion tactics of patent trolls, it’s just a matter of time that you will.”

This seminar will explain the patent troll situation, steps taken to protect the industry, and what to do when receiving patent troll threats. All attendees will receive two free White Papers detailing the matter.

Related story: Another Major Victory for the Printing Industry – Patent Trolls on the Retreat!