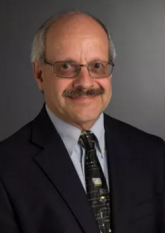 ROCHESTER, N.Y. — November 3, 2016 —Rochester Institute of Technology recently named former Kodak scientist Bruce Kahn as the new director of business development for the New York State Center for Advanced Technology for Additive Manufacturing and Multifunctional Printing, also referred to as the AMPrint Center. He started at the university this fall.

Kahn has more than 15 years of experience in the area of printed electronics, chemistry and materials science, and will help advance economic development opportunities in the growing field of multifunctional printing through university, corporate and government collaborations based at the AMPrint Center. Among the first research centers in the world to specifically focus on multifunctional 3D printing, the AMPrint Center brings together researchers to advance two industries the region is noted for—printing and imaging—to enhance the global and national competitiveness of New York state manufacturing.

“There are some incredible possibilities. I’m excited about doing something that is new and challenging, things that haven’t been done before,” said Kahn, who began his career at Kodak in 1989 as a research scientist. In his role with the center, Kahn will seek new business opportunities and coordinate research and development initiatives for established and start-up companies involved in additive manufacturing technologies across the state. Other responsibilities will include grant writing, project management, presentations and representation at regional and national industry events and coordinating conferences and training seminars.

Through the center, the research team will focus on integrating multiple materials such as metal, plastics and ceramics for devices capable of multiple functions. The AMPrint Center has research staff with expertise in materials development and manufacturing engineering.

“We also have a diverse array of equipment that people elsewhere can only dream of, not to mention the expertise we can tap into, just a few miles away at companies like Corning, Xerox and Kodak,” said Kahn in reference to some of the corporate partners involved.

Kahn has a Ph.D. in chemistry from the University of Nebraska and a bachelor’s degree in chemistry with a minor in economics from the University of Chicago. His expertise is the high throughput printing of devices using flexo and gravure printing, specifically the design and development of radio frequency energy harvesting, transparent conductive films, multilayer devices, chemical sensors and antennas.

He was part of the RIT faculty from 1998 to 2005 and developed a research program on printing techniques and materials for the fabrication of electronic devices. After several years in printed electronics consulting, he served as an adjunct faculty member at Clemson University building its printed electronics research program. In 2014, he received the FLEXI Award for technology leadership in education from the FlexTech Alliance.