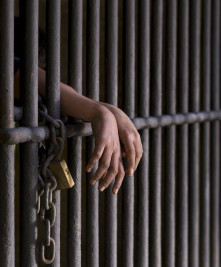 A former CFO and IT manager who worked at Roanoke, Va.-based Chocklett Press for about 20 years pleaded no contest on Tuesday to two counts of embezzling at least $416,000 from his employer, according to The Roanoke Times. As part of an agreement, Brian Lee Wallace, 43, has agreed to repay that amount as restitution and faces up to 40 years in prison when he is sentenced in September. The newspaper indicated that seven other charges were dropped as part of the plea agreement.

The theft first became public last August when Wallace was indicted by a grand jury and charged with two counts of embezzlement and four counts of theft by deception. Stephens said in court that Wallace had misused a company credit card for personal use, written unauthorized checks and made large wire transfers into a personal account when paying his own salary, the newspaper reported.

Troubles with alcohol, gambling and a divorce “was impacting his decision-making at the time,” the paper quoted Stephens as saying. “[Wallace] said he assumed he would be caught and it snowballed.”

This was despite the fact that Wallace's defense attorney Robert Rider noted that Wallace had been making around $120,000 a year in salary. Wallace had left the company in a full-time capacity in 2015, but remained on the payroll as an outside contractor, according to an earlier report.

Prosecutor Stephens noted that Chocklett Press had been struggling financially for some time, the paper indicated, and Wallace even had the gall in 2016 to coerce the printer to take out a $90,000 loan, funds which he also reportedly stole from.

Chocklett Press is a family-owned commercial printing business that was founded in an attic by A.L. Chocklett Sr. in 1935. The full-service business expanded over many years, moving into a new location in 1970. It now comprises more than 60,000 sq. ft. of space and employs approximately 50 workers. Today, the company is managed by the founder's grandchildren: Robert (Bob) Chocklett Jr., Andrew (Andy) Chocklett and their sister, Mary Hartman. Products listed on its website include annual reports, bound books, calendars, pocket folders, publications, rackcards, rack brochures, and a range of printed output catering to the educational, health care and tourism markets.

During the hearing, Stephens also told the judge Wallace is recovering from a liver transplant that he received in March, the newspaper reported, and is taking several medications.

One might expect that there were no tears of pity being shed for Brian Wallace about his health predicament in the Roanoke courtroom yesterday — certainly not by any members of the Chocklett family and their employees.

A call from Printing Impressions to Chocklett management seeking comment on the embezzlement and their satisfaction about the plea agreement had not been returned by the time this post was published.

It hasn't been a good time for the printing industry in the Roanoke, Va., area of late, especially with the May 26 announcement that LSC Communications was closing its 278,000-sq.-ft. book manufacturing facility in nearby Salem, Va., impacting about 140 workers. Click here for more information.

Then on May 31, The Roanoke Times indicated it was closing its printing operation and moving the printing of its newspaper to a sister paper in Lynchburg, Va., resulting in the layoff of 53 pressroom and mailroom workers.