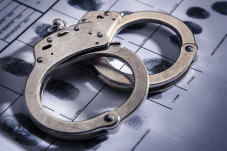 While New Orleans may have gained the nickname "The Big Easy," Angie Cambre, a former accountant and bookkeeper who worked for nearly five years at a yet-unnamed New Orleans-based commercial printer, deservedly must be feeling quite "Uneasy" right now. That's because the 43-year-old has been charged with embezzling approximately $940,336 from her former employer, according to a one-count federal indictment filed May 17 by Acting U.S. Attorney Duane Evans of the U.S. Department of Justice, U.S. Attorney's Office, Eastern District of Louisiana.

Cambre, of LaPlace, La., reportedly stole the money during a period that lasted from November 2011 to June 2016 by making approximately 3,300 unauthorized wire transfers from the commercial printing company's bank accounts into accounts that she controlled, and then used the pilfered funds for her own use and to repay personal debts, the Bill of Information contends.

She first joined the print shop — which specializes in producing manuals, flyers and other materials for the automotive industry — in August 2011.

If convicted of the wire fraud charge, Cambre faces a $250,000 fine and up to 20 years in prison, followed by up to three years of supervised probation. Assistant U.S. Attorney Jordan Ginsberg is serving as the prosecutor and there was no word yet whether or not the defendant had attained a lawyer. The U.S. Secret Service was also involved in investigating the case.

Unfortunately, in cases like these, the defendant seems to get all of the attention —and the penalty often doesn't seem to reflect the extent of the damage that person's actions (assuming guilt) have done to the owners of the company and to the job security of all the hard-working, honest workers that it employs. Although the printing company has likely elected to remain anonymous, in a highly competitive, low-margin business like commercial printing, taking a financial hit of almost $1 million is devastating.

This isn't the first time we have reported on this type of "white collar" crime that has struck a commercial printer and, unfortunately, it won't be the last time.