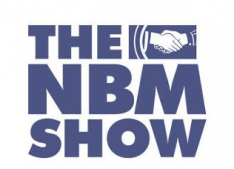 CARROLLTON, Texas - June 14,2018 - FASTSIGNS International, Inc., franchisor of FASTSIGNS, the leading sign, graphics and visual communications franchise, announced today that it is attending and sponsoring the National Business Media Show June 15-16, 2018, at the Huntington Convention Center of Cleveland, to recruit existing sign and print shop owners to help the brand grow nationwide. Entrepreneurs are encouraged to meet with the brand’s franchise development team at booth #204 to learn more about co-brand and conversion franchise offerings with FASTSIGNS.

“Independent sign and print shop owners that have converted their business to or co-branded with FASTSIGNS have seen a significant increase in brand visibility, customers, and sales,” said Mark Jameson, EVP of Franchise Support and Development, FASTSIGNS International, Inc. “Additionally, our corporate support team is committed to staying ahead of trends in this fast-paced industry, so franchisees can benefit from the latest technology and drive their profitability. We’re looking forward to connecting with entrepreneurs interested in learning more about the benefits of being a FASTSIGNS franchisee.”

In 2018, FASTSIGNS plans to open an additional 45 centers across the U.S. Throughout North America, FASTSIGNS has over 400 markets ready for development. Internationally, FASTSIGNS is continuing to seek qualified candidates to grow its international footprint in target markets throughout the world, including Brazil, Quebec, North Africa, Southeast Asia, India, Europe and Latin America.

For any existing business looking to expand into this fast-paced market, FASTSIGNS gives the added support and training needed to make the process smooth. Whether an existing print-based business or a photography studio, FASTSIGNS’ co-brand centers receive the same assistance as any new franchisee, with the added bonus of being able to exclude established revenue streams, outside of the FASTSIGNS core business offering, from future royalty payments. Both the co-brand franchise opportunity and conversion can be started with only $15,000 down on the initial franchise fee.

“After the second year of being a FASTSIGNS franchisee, my growth sales were 25% over last year,” Chudoff explained. “Coming into FASTSIGNS as a conversion store is kind of like going on Shark Tank and getting picked up by one of the experts. Because for all the things you didn’t know, for all the resources you didn’t have, all of this is available through FASTSIGNS University. So if you’re going to make your store successful, all of the tools are there. We are so happy to be on the team and so happy about our 25-perent growth over 2016, and we’re looking forward to making 2018 an even bigger year.”

FASTSIGNS International, Inc. was ranked the No. 1 franchise opportunity in its category and 70 overall on Entrepreneur magazine's 2018 Franchise 500, the world's first, best and most comprehensive franchise ranking. Acknowledged by entrepreneurs and franchisors as a top competitive tool of measurement, the Franchise 500, recognizes FASTSIGNS, the only sign, graphics, and visual communications franchise to be recognized in the top 100, for its exceptional performance in areas including financial strength and stability, growth rate and brand power. FASTSIGNS also has been recognized for its franchisee satisfaction by being named a World Class Franchise by the Franchise Research Institute for five consecutive years and has been ranked by Franchise Business Review as one of the “Best of the Best” for franchisee satisfaction for the last 10 years. Additionally, FASTSIGNS also was named to Franchise Business Review’s “Innovative Franchises” list in 2017 and a “Best-in-Category” franchise by Franchise Business Review in 2018. The Canadian Franchise Association (CFA) recently recognized FASTSIGNS International, Inc. with a special six-year Franchisees’ Choice designation for its strong relationship with Canadian franchisees, as well as extensive franchisee training and support.