Evidence of the Inkjet Advantage Emerges in Book Publishing

A change in mindset has been brewing among book publishers, says Matt Baehr, executive director of the Book Manufacturers’ Institute. As various elements of book production become more challenging to predict, publishers are finding that digital printing, including emerging inkjet technologies, can address the unpredictable nature of the marketplace.

“Many publishers are used to looking at it as, ‘What’s my cost per book?’” Baehr says. “But you really have to look at it as a total cost when you integrate inventory, distribution cost, transportation cost, and holding costs. And when you start to shift that focus and how you look at all of those things, you’ll see that digital printing can really fill a need and perhaps lower that cost as demand changes. We don’t know how many titles are going to sell, and digital helps you mitigate that risk of uncertainty.” 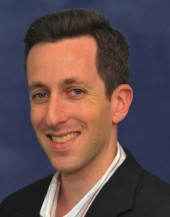 In yesterday’s segment-specific breakout sessions of the Virtual Inkjet Summit, Baehr and Nathan Safran, VP of research for NAPCO Media, took a deep dive into the results of a research report published earlier this year addressing inkjet printing in the book segment. The study specifically looked at the role of inkjet in powering Industry 4.0 initiatives in book printing, and surveyed those in the industry on key topics including their interest in the technology, level of adoption and usage, and the benefits and challenges they are realizing from inkjet implementation, Safran said.

He explained that the survey went out to readers of Book Business, a NAPCO Media publication, and received 68 responses from those whose primary business is printing. While the survey was fielded prior to the pandemic — and the fallout that has come from it — Safran said that the enthusiasm for inkjet book printing was evident. For example, 31% of respondents stated that they currently print books on production inkjet presses, with another 24% stating that they plan to in the future.

“Folks view it as ready for prime time – a viable option,” Safran said. “It suggests that they understand some of the benefits that they would have from investing in it.”

As for those key benefits, the results of the survey indicated that productivity, flexibility, and profitability factored highly into decision making. When asked to rank the top three reasons why they already have purchased inkjet technology or are planning to, the top responses were increasing productivity (59%), accommodating customer demand for shorter runs (52%) and improving bottom-line results (34%).

With the evolving nature of the book industry, Baehr explained that the quick turnarounds of short runs that digital provides are highly beneficial to publishers. He explained that prior models of book distribution relied on long runs, resulting in large quantities of books that would be stored in warehouses across the country that could then be sent to retailers as needed. But by being able to reduce those inventories and provide quick turnarounds, publishers can be more reactive in providing books that are in high-demand in the quantities that are needed.

“What digital printing is offering to those book publishers is reducing those warehousing costs and up-front inventory costs,” Baehr said. “So as capital becomes infinitely more important, you don’t have to spend so much up front buying those books that you may or may not sell. Publishers using digital printing are reporting savings in the per unit cost, shipping cost, and return cost.”

While the survey showed that inkjet technology is still trailing other printing methods in total percentage of books being printed, respondents indicated that they expect the percentage of inkjet usage to increase.

Safran shared that respondents were asked what percentage of books they currently print using various technologies, and were then asked to estimate what percentage they expect that to be in two years. For continuous feed inkjet, respondents stated on average that 10% of their production is done this way and foresee an increase to 11% in two years. Meanwhile, cut-sheet inkjet is currently at 3%, with an expected increase to 7%.

Beyond usage expectations and decision-drivers, Safran said the study also gauged the key considerations printers assessed when going through the inkjet purchasing process. Unsurprisingly, cost of the equipment and quality of output were the top two considerations, but Safran said what stood out in these results was that OEM support was third with 62% ranking it as “very important.”

From a print quality perspective, Safran and Baehr said that the survey results indicate that the significant level of research and development that equipment manufacturers have put into inkjet has advanced the technology to a point where it can compete with offset. Now, the question printers are seeking to answer is how digital printing can make them a more nimble book provider.

“Book publishers are really eyeing digital printing to better manage their inventories,” Safran said. “They’re really looking that way to reduce their production costs. The challenge for book manufacturers is finding the digital options that are capable of giving you what you need – the quality, the flexibility, and the affordability.”