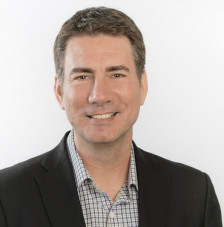 GHENT, Belgium - January 23, 2018 - Esko has announced that Chris Miller has accepted the position of VP North America. Miller assumed his new responsibilities at the beginning of the year in preparation for the planned retirement of Mark Quinlan, assuring an orderly succession of responsibilities during the first quarter of 2018.

“With Mark Quinlan's retirement, we thank him for the great value he brought to Esko’s North American and Latin American teams and the solid achievements he realized during his 8-year year tenure at Esko,” comments Niels Stenfeldt, Esko global VP, sales and service. “Both Mark and I are delighted to see Chris return to the US and move into this role. Chris will be responsible for driving sustainable and profitable growth together with his teams and, therefore, will make an important contribution towards the Esko growth journey in the years to come. In his current role Chris has built a highly engaged, high performing team for the Esko Asia and Pacific region that has grown revenue impressively during the past seven years.”

Miller has a strong, long-serving history with Esko, starting in March 1991, in a variety of senior management roles. These include leadership management positions as VP sales West - North America; director of inside sales North America; general manager - Greater China; and currently VP APAC.

Miller received his Bachelor of Science in Packaging degree from Michigan State University, and a Masters in International Management from the University of Texas.

Miller will continue in his role as VP APAC until a replacement has been identified. “Chris will transition from Tokyo to Los Angeles during 2018, where he can support both regions more easily,” adds Stenfeldt. “We are convinced he can provide great leadership for both areas.”