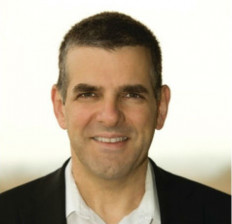 SOUTHBOROUGH, Mass. — January 10, 2017 — Printing Industries of New England (Pine) PINE will be hosting its 10th annual Industry Awards Gala on April 5th at Mechanics Hall, Worcester, Mass. The evening is a celebration of print and graphic communications and will be highlighted by the presentation of the prestigious PINE Industry Influencer Award to Guy Gecht, CEO of EFI.

The Industry Influencer Award, sponsored by Heidelberg USA since 2003, honors the contributions of an individual whose vision and energy have impacted the printing industry in a profound and indelible way. It recognizes the entrepreneurial spirit and foresight to create new business models, develop market shifting technologies and improve our industry in a permanent and sustained manner.

“PINE is extremely pleased to be bestow our highest honor upon Guy Gecht,” says Tad Parker, president of PINE. “He has made a profound impact on the way printers operate through technological innovation and workflow engineering improvements. He is truly a worthy recipient of our most prestigious accolade.”
The Industry Awards Gala is an evening of networking featuring the winning entries of the Awards of Excellence print competition. The Student Awards celebration will be presented at 4 p.m. and the Gala will run 5-9 p.m.

About the Recipient
Guy Gecht has helped redefine the ways printing companies pursue new markets and refine their production operations. Along the way, he has guided EFI to becoming one of the industry’s most successful publicly traded companies – although he is quick to say that his success at EFI is primarily due to the hard work of an exceptional team.

Gecht has a strong vision and insight into the future of the industry, over his 15 years as CEO, he has transformed the company and its view of the market. In every presentation he gives, Gecht shares how important it is to help an industry overwhelmingly comprised of small to mid-sized, family-owned businesses.

Gecht’s professional career started after he graduated with a B.S. in Computer Science and Mathematics from Ben Gurion University in Israel. He served five years as an officer in the Israel Defense Forces (IDF) working on complex, high-tech projects. Gecht then worked for Apple Israel, serving as CTO of a joint venture between the computer-maker’s Europe and Israel subsidiaries.

Gecht joined EFI in October of 1995, and became vice president and general manager of EFI Fiery products in 1999. He ascended to his current position, CEO, in January of 2000.

Gecht is the recipient of numerous honors and awards, including the 2015 Michael H. Bruno Award from the Technical Association of the Graphic Arts for outstanding contributions to the graphic arts industry. He was also honored as a Silicon Valley Leadership Group Game Changer that same year. In 2014, Gecht was inducted into the Soderstrom Society, the Epicomm/Idealliance honors organization that recognizes distinguished contributions of print industry leaders. And, in 2013, the Frost & Sullivan Institute named him a “Legend of Silicon Valley.”

About PINE
PINE is the largest trade association to serve printing and graphic communications companies throughout New England. PINE serves more than 350 member companies through a wide range of products and services that enhance member profitability. Visit www.pine.org for more information.

About EFI
EFI is a global technology company, based in Silicon Valley, and is leading the worldwide transformation from analog to digital imaging. We are passionate about fueling customer success with products that increase competitiveness and boost productivity. To do that, we develop breakthrough technologies for the manufacturing of signage, packaging, textiles, ceramic tiles, and personalized documents, with a wide range of printers, inks, digital front ends, and a comprehensive business and production workflow suite that transforms and streamlines the entire production process.