The Company indicated that its results were impacted by weakening economic conditions experienced across its direct businesses, with customers delaying spend on capital equipment and software, which materially reduced the Company’s close rates at quarter end. 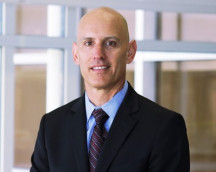 “Late in the quarter we began seeing a substantial shift in buying behavior versus the prior year in many of the industries we serve. This was felt most significantly in the Americas. Customers became increasingly concerned about economic trends and many decided to defer capital expenditures until they had greater clarity on the economic environment,” said Bill Muir, CEO of EFI. “Though we entered the quarter with a robust pipeline and our Inkjet sales progress through mid-December was tracking ahead of the prior year, the last few weeks of the quarter were exceptionally weak.”

The Company reported that the majority of the revenue shortfall was in its Industrial Inkjet business, which declined approximately 5-6% year-over-year. Display Graphics and Building Materials, which were expected to be weak in the quarter, were down more significantly than anticipated. As expected, there was strong demand for the new mid-range Display Graphics products, which sold out, and again weakness at the high end of the portfolio. However, there was greater than anticipated softness around more mature hybrid products. The competitive advantage offered by the newest products outweighed some economic concerns, but not enough to make up the shortfall from the mature hybrid products.

In Building Materials, the shortfall was primarily in China along with other developing economies, with deals pushed out due to the weak construction industry. Textile was also below plan, with weakness in converting the pipeline during December. Nozomi revenue was approximately $65 million for the full year with some customers delaying decisions until 2019, with concerns about capex spending cited as a significant reason. The Company continues to expect that Nozomi will achieve revenues of $120 million for full year 2019.

Productivity Software declined approximately 6-7% year-over-year due to pushed deals and a significantly lower fourth quarter close rate. The Americas were the main source of the weakness for Software, with currency also a factor for delays in Latin America deal closings.

Fiery revenues are expected to be largely in line with guidance, at approximately $60 million.

The Company believes that the majority of the unclosed deals across all of the business units remain in the pipeline and were not lost to competition.

“While I am very disappointed in the quarter, I remain confident in our market positioning and new product portfolio. One example is our BOLT printer, which was very well received by the textile industry when it was introduced in October. I continue to be encouraged by the large number of packaging companies actively evaluating Nozomi, as they look to leverage the new opportunities that digital technology brings to their business, in what we expect will be a $9 billion market for equipment and ink.”

During the quarter, EFI also completed steps to enhance its capital structure, including issuing a $150 million convertible bond and, on January 2, 2019, closed on a $150 million revolving credit facility.

Mr. Muir continued, “As I learn more about our industry and spend time with customers, I see so many opportunities, but I also see gaps in our execution. The industry is consolidating, and our customer base increasingly comprises larger and more complex organizations. In my first few months with EFI, it has become clear that our go-to-market approach has not sufficiently evolved to meet the growing needs and expectations of many of our customers. Additionally, the results of the quarter reinforce the need for comprehensive strength across our product portfolio; gaps such as those we are currently experiencing in the high-end of Display Graphics only exacerbate revenue headwinds.

“I am firmly committed to addressing the robustness of our portfolio, augmenting our go-to- market approach, and improving the customer experience. Initiatives to address these areas have already kicked off, and I look forward to providing detail around our plans at our Investor Day in May. I am confident we will see substantial progress from our efforts late in the year, allowing us to deliver the results our customers, shareholders and employees deserve,” concluded Muir.

END_OF_DOCUMENT_TOKEN_TO_BE_REPLACED
Happening Today
The Powerful Case for US Book Manufacturing