Durst will be featuring some of its newest, most innovative print technology and software at PRINTING United 2019, Oct. 23-25 at the Kay Bailey Hutchinson Convention Center in Dallas. The P5 350, successor to the award winning P5 250 HS and the brand-new Rho 2500 will be on the show floor for demos and samples. Durst will also be demonstrating the Durst Software Ecosystem comprised of Durst Workflow Print production software, Durst Analytics monitoring tool, and Durst Smart Shop for integrating e-commerce as well as the revolutionary LiftERP, an ERP built by a printer for a printer.

“We have new, innovative print technology that will be introduced at PRINTING United 2019. The P5 350, a new hybrid solution in the P5 portfolio and the Rho 2500, a new member of the Rho series, will be making their North American debut at PRINTING United,” said Tim Saur, CEO & managing director for Durst North America. “We will also be featuring the new Durst Software Ecosystem, a comprehensive production software solution and LiftERP, an entire ERP system developed specially for leading print providers.”

“We are committed to offering new, ground-breaking solutions in both hardware and software designed to increase production efficiency while maintaining the high-quality output that Durst is known for,” Saur continued. “As we build ongoing relationships with our customers and others in the industry, we use feedback and user experiences to develop new solutions that will not only help support their businesses, but enhance and grow them.” 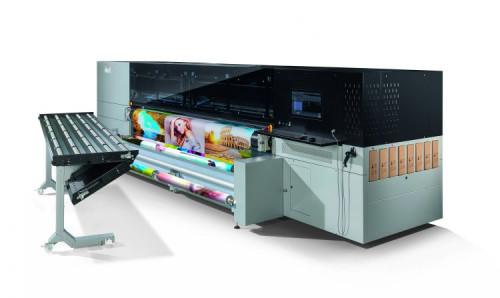 Durst is expanding its P5 portfolio with a new hybrid solution. The new P5 350 sets a new standard in flexibility and versatility, as it can print on both roll and rigid media. With a unique multi-roll option, users can even load rolls during printing to reduce setup times and increase efficiency. The printing systems are equipped with energy-efficient LED technology and are supplied with integrated Durst Workflow Print software and the Durst Analytics monitoring tool. More than just a digital printer, the new P5 Series offers versatility, highest quality output, and sets a new standard in large-format digital printing. 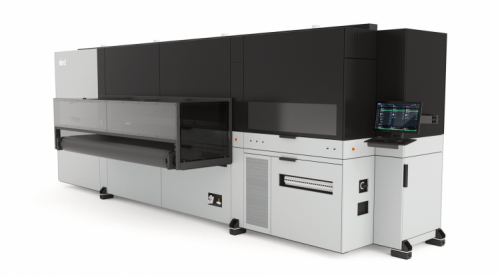 The Rho 2500 will debut at PRINTING United 2019 and is the newest member to the Rho series of Durst large format printers. Equipped with the production efficiency, high production, and output reliability Durst is known for, the new Rho 2500 features a resolution of 1000x800 DPI and an available 8pl drop size for production of over 200 boards per hour. It includes a larger screen with the functionality of a split screen offering the possibility to add a camera to see other sides in the production area and a custom-configurable automation system. Available in three models: Rho 2500 S with six head rows, Rho 2500 M with eight head rows, or Rho 2500 L with ten head rows, there is flexibility for moving from a smaller to larger model. 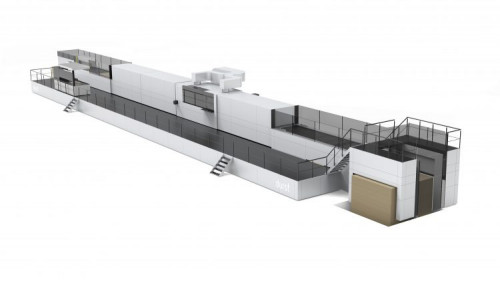 Durst was honored by the Specialty Graphic Imaging Association (SGIA) with two 2019 Product of the Year Awards. The Durst Delta SPC 130 printer was selected as the industry’s best in the Single Pass technology category, and the Delta WT 250 printer received the honor in the RTR/Hybrid/Flatbed new technology or inkjet category.

Durst is a proud Platinum Sponsor of the PRINTING United Expo, which takes place October 23-25 at the Kay Bailey Hutchison Convention Center in Dallas. Visitors to the Durst booth (#7816) will have access to detailed product and applications information, image samples, and will get a first-hand look at next generation technology in action. Knowledgeable Durst experts will be available to discuss the significant opportunities these cutting-edge products and services create for today’s print providers to help their businesses grow.

Durst will also be holding an Amphitheater presentation “Pixel to Output Explained” on Wednesday, October 23, 1:30-2pm. This educational session for attendees will reveal what we really mean by “Pixel to Output” and why this is important to today’s large format printing businesses.