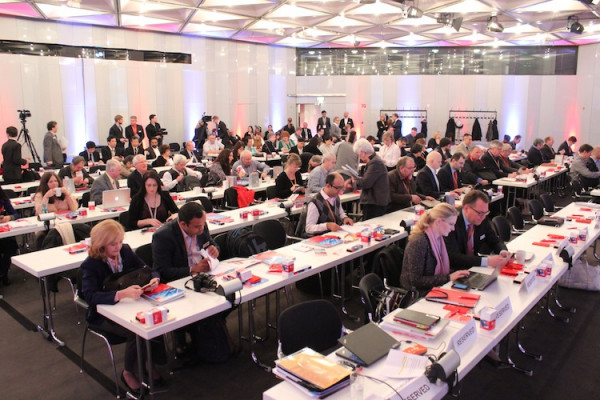 About 100 trade journalists from all over the world — including Napco Media's Printing and Packaging Group — gathered for a preview of some of the innovations that will debut at drupa. 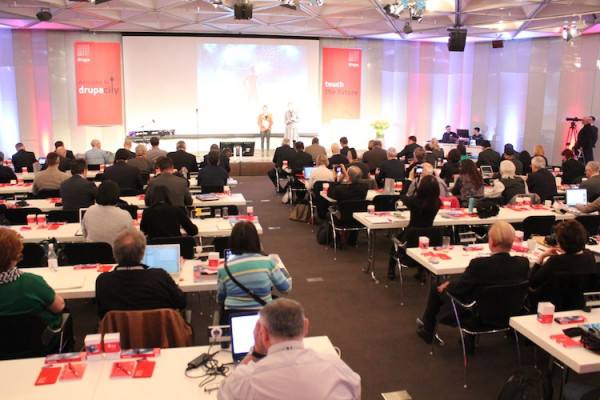 Two staff members from AD Communications gave a welcome to all of the attendees. 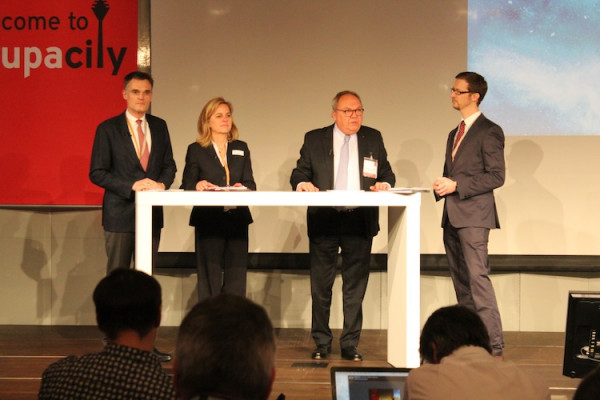 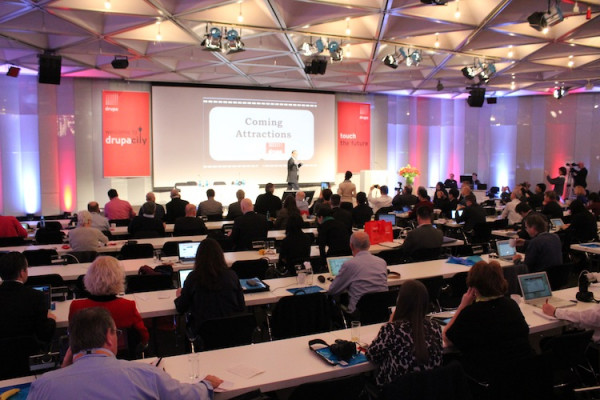 EFI's CEO Guy Gecht discusses what visitors can expect to see at EFI at drupa 2016. 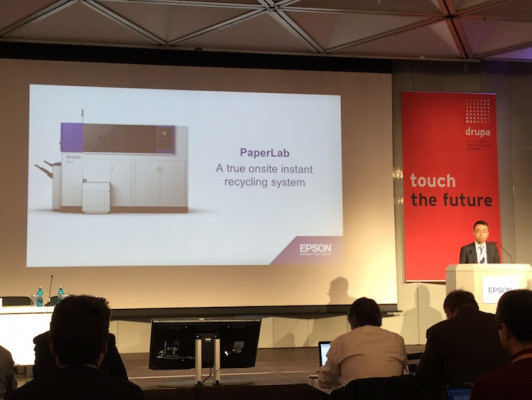 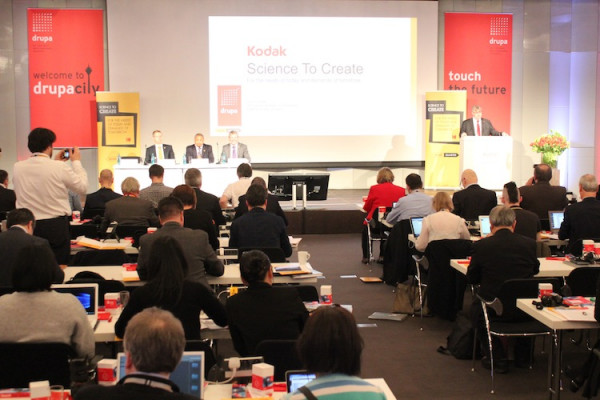 At this week's pre-drupa 2016 International Media Conference, Kodak executives revealed a long list of new products the company will be showing at drupa. 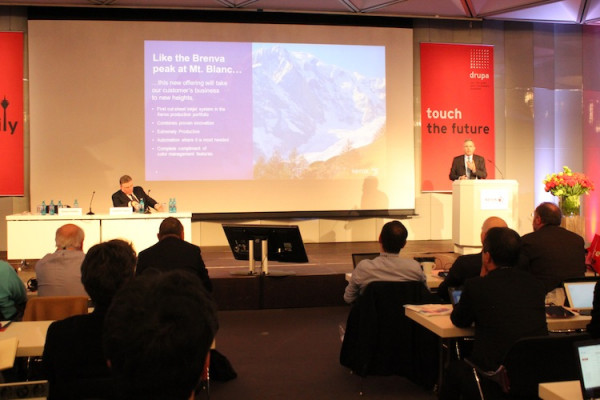 DÜSSELDORF, Germany — March 4, 2016 —This week, about 100 trade journalists from all over the world gathered here for a preview of some of the innovations to be shown at drupa 2016, the world's largest graphic arts trade show. Fifteen graphic arts vendors took turns announcing new products and dropping hints about what they will reveal at the show, which will take place May 31-June 10.

After a stirring live performance on Monday morning of the bouncy new drupa theme song, representatives from Canon, EFI, Epson, Fujifilm, HP, Kodak, Konica Minolta, Pitney Bowes, Ricoh, Xerox and others spent the next three days talking about their drupa plans, revealing their drupa themes and unveiling some of the technologies they will be showing. Among the most interesting:

There was much more drupa news than this, of course. Watch for it in the April issue of Printing Impressions.

Digital Printing Trends for 2020 and Beyond

MHM to Incorporate DuraFlex in the iQ Oval Printer