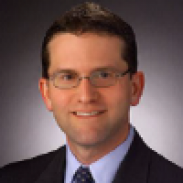 “I am pleased with our results for 2017, our first full year as a standalone company,” said Daniel N. Leib, Donnelley Financial’s president and CEO. “Revenue increased by $21 million, driven by growth in Investment Markets, Language Solutions and International, while softer than expected transactional activity resulted in a modest decline in U.S. capital markets. The revenue growth we achieved, coupled with aggressive cost management, drove $63.6 million of free cash flow in 2017, most of which was used to reduce the Company's debt. Within the first five quarters of the spin-off from R.R. Donnelley, we have reduced our total debt by nearly $180 million, ending 2017 with gross leverage of 2.6x. In addition, we ended the year with $52 million of cash.”

Leib continued, “In light of our strengthened financial position, the market opportunities we see and the benefits of the recently announced tax legislation, we will increase our investments in 2018 to drive long-term growth. Our targeted gross leverage range remains in the range of 2.25x to 2.75x.”

Impact of the U.S. Tax Cuts and Jobs Act

The Company recorded additional income tax expense of $22.4 million, or $0.67 per diluted share, in the fourth quarter of 2017 related to the impact of the U.S. Tax Cuts and Jobs Act. The additional income tax expense represents the Company’s initial estimate of the transition tax imposed on accumulated foreign earnings and the remeasurement of the Company's net deferred tax asset.

Certain components of the guidance given above are provided on a non-GAAP basis only, without providing a reconciliation to guidance provided on a GAAP basis. Information is presented in this manner, consistent with SEC rules, because the preparation of such a reconciliation could not be accomplished without “unreasonable efforts.” The Company does not have access to certain information that would be necessary to provide such a reconciliation, including non-recurring items that are not indicative of the Company’s ongoing operations. Such items include, but are not limited to, restructuring charges, impairment charges, spinoff-related transaction expenses, acquisition-related expenses, gains or losses on investments and business disposals and other similar gains or losses not reflective of the Company's ongoing operations. The Company does not believe that this information is likely to be significant to an assessment of the Company’s ongoing operations, given that it is not an indicator of business performance.