There’s been a lot of discussion of late, and rightly so, about how the printing industry can attract more young people among our ranks. And, part of that same discussion has been how we can build a stronger representation of women and minorities in the graphic arts. It’s no secret that the printing industry has remained a male-, and frankly white male, dominated industry. Fortunately, the good ol’ boys network that once persisted has subsided, yet there are few women serving in executive boardrooms or in senior leadership roles within our most prominent printing companies, supplier organizations and industry trade associations. 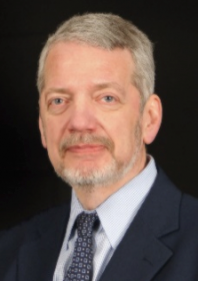 He noted, rightfully so, that the printing industry as a whole has done a poor job of promoting itself. “In the eyes of most high school guidance counselors, and the typical parent, ‘printing’ is thought of as a dirty, non-essential and old-school industry,” Berthelsen wrote.

Nationwide, graphics programs are being, or already have been, dropped by school administrators at both the high school and post-secondary levels. And few printers make an effort to support their local or regional educational programs, or to do any industry promotion, he lamented.

Berthelsen extolled some good advice about what individual printers can do at a grassroots level to encourage young people to consider careers in the graphic arts industry.

This includes hosting open houses in your shop for school groups and youth organizations at all age levels; sending your younger staff members to speak to classrooms and at career days; and promoting “cooler” production capabilities like visual wide-format output, digital printing and embellishments, as well as interactive technologies like QR codes, near-field communication (NFC) and augmented reality.

Berthelsen’s article drew an equally thoughtful response from Chuck Schwartz, who is active with the GCG industry trade association in the Chicago area and who serves as a member of its scholarship committee. He bemoaned the fact that the majority of scholarship applications now come from students majoring in graphic design, but not from students seeking instruction in “hands-on, get-ink-on-your-fingers, printing.”

In the Chicago area alone, the dismantling of once-prominent printing equipment operator training programs like those at Lane Tech High School and at Triton College has contributed to this problem, Schwartz pointed out.

The shortage of women entering the industry - and the lack of opportunity for those already in it - also rose to the forefront recently as the result of an open letter written by Randy Radosevich, CEO of Lawrence, Kan.-based Allen Press, directed at the Printing Industries of America (PIA) board of directors. Citing a lack of diversity, he pointed out that of the 28 PIA national board members, only two are women. Radosevich sought change and also indicated his firm would give preferred status to those suppliers that have closed their gender pay gap.

In fairness, PIA President and CEO Michael Makin responded to Radosevich's subsequent LinkedIn post that members serving on the PIA national board are nominated by the PIA affiliates at the local levels, and are not chosen by PIA’s executive headquarters staff.

The board makeup is just a microcosm, and a consequence, of the diminished role that women play in industry leadership positions. I counted less than 20 women serving as CEOs on the most recent Printing Impressions 400 list of the top 400 printers (click here to access the full list) as ranked by annual sales - and only Mary Lee Schneider of SG360° leads an organization that’s among the 20 largest companies.

There are no easy answers on how to attract tomorrow’s leaders and production workers, which could be solved, in part, by engaging more young women and minorities - some of whom who could eventually end up in executive roles. The first step, though, is to come together as an industry to devise a coordinated response at the national level and then execute that subsequent game plan at the grassroots levels.