They still hold places of respect, but do they have a grip on the future? If catalogs and magazines can become genuinely data-driven, the answer probably is yes.

As specimens of mass media, printed catalogs and magazines no longer hold the same proud sway they did in the bygone eras of Sears Roebuck and Life. But, that doesn’t mean they’re no longer relevant - or that digital technologies can’t give them a renewed lease on life for readers and advertisers alike. 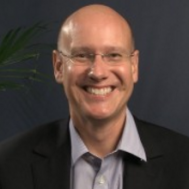 Panel discussions at the recent DigiPub conference examined both the inherent weaknesses and the potential strengths of catalogs and magazines in the omnichannel media mix. The consensus was that if publishers can rethink what these venerable vehicles should be trying to accomplish now, some of their most interesting days could still be ahead of them.

Moderating the catalog panel, Marco Boer (IT Strategies) asserted that catalogs have been in “systemic decline for a number of years”: partly because of the rising costs of mailing them, but mostly on account of catalog retailers’ failure to target them more precisely. 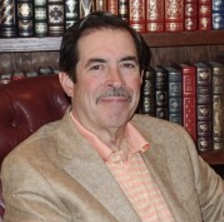 John Conley (Borderland Advisors) disagreed, noting that if there are fewer catalogs in circulation today, it’s primarily the long-term result of catalogers having purged their mailing lists of bad addresses in response to a steep rate increase by the U.S. Postal Service in 2007. The challenge now, he said, is to get better returns from the catalogs that remain with the help of data-driven technologies.

James Capstick (Vision), acknowledged that the distribution channels are as “broken” for catalogs as they are for magazines and books. But Capstick, who previously managed catalog operations for Quad/Graphics, also said that the catalog industry has reached an “inflection point” as catalogers ponder what uses they can make of the vast amounts of customer data they have accumulated. The good news here, Conley said, is that catalog producers now have reliable tools for mining data and turning it into strategies for better segmentation. 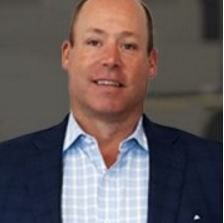 Boer observed that one place where catalogers with data-driven aspirations aren’t making a sufficient investment is the bindery. Capstick pointed out that the nature of catalog postpress has changed: there’s less need, for example, to tip or stitch in order forms now that retailers’ web sites have become the means for catalog customers to do most of their ordering.

Finishing solutions such as Muller Martini’s Presto II Digital saddle stitcher offer flexibility for both digital and offset catalog applications, according to Conley. He saluted manufacturers of digital printing and finishing systems for focusing on the performance features that today’s catalog producers need: high quality, increased speed of output, reduced cost, and compatibility with standard substrates. 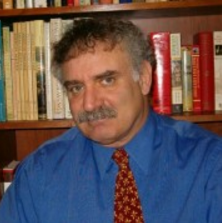 He noted, however, that because catalogers - and their printers - can be risk-averse, they will need proof of concept: case studies that illustrate why switching from conventional to data-driven digital production is the way to achieve higher ROI. Capstick concurred, recommending testing and setting dates certain for demonstrating how the convergence of online and offline outreach can work for catalog retailing.

Twenty-five years after it first appeared, personalized short-run printing has fully matured as a production technology. Magazine publishers, however, have taken only baby steps toward adopting it. A magazine-track panel moderated by Denis Wilson (Book Business, Publishing Executive) pondered what publishers can do to take better advantage of the opportunities it holds out to them. 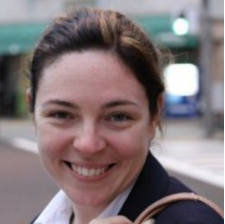 The first thing to realize, according to Bob Sacks (Precision Media Group) is that print is moving away from being perceived as a commodity and is increasingly being seen as a luxury. Publishers and marketers should encourage the trend by using data to create targeted magazines that readers will welcome as exclusive and luxurious.

Anne Marie O’Keefe (Mansueto Ventures) noted that this may be more easily said than done as far as magazine sales representatives are concerned. Because they nowadays have to sell multiple publishing products besides advertising space in the printed publication, they sometimes get “weary” of digging too deeply into the details of the legacy product.

Conley, a magazine as well as a catalog panelist, said that experiments in short-run, personalized magazine production should be taken seriously. He compared it to desktop publishing, which was laughed at by some until it disrupted an entire industry; and self-publishing, once scorned by mainstream houses that now respect it as a “farm system” for book talent.

His example was a publication developed expressly for about 500 families in the affluent part of a city in the Northeast. The editorial content of the magazine, which the recipients get free of charge, is all about their favorite subject: themselves. The publisher successfully pitched advertising space in the title to merchants in the upscale mall where the recipients shop, and the digitally printed magazine, which Conley described as a “highly targeted, highly personalized, color Yellow Pages,” is thriving.

It’s part of a national network of 900 magazines on the same hyperlocal publishing model - the kind of opportunity, Conley said, that the mainstream magazine industry has almost completely missed. (He discusses the venture in this video from Publishing Executive.)

Legacy magazine publishers have missed the chance because they “have shackles on their legs” that keep them chained to traditional business practices, Sacks said. The remedy, Conley replied, is for publishers to create separate, independently operating divisions that can break out of the old constraints.

Magazines could be doing a better job of collecting the data they will need to reap the benefits of personalized printing in short runs, according to Sacks. O’Keefe disagreed, stating that “we’re almost there” as an industry in this regard.

In any event, Sacks concluded, magazines have always survived by giving people the kinds of reading experiences they want, and he predicted that they’ll continue to find ways to do so.