All of the best arguments in favor of print were to be found in presentations at DigiPub, a print-centric tech conference in New York City. They’re summarized for ready reference here.

Just how meaningful is print in what’s come to be called the world of “omnichannel” communications? To book publishers, and to brands that owe their success to direct mail, magazines, and catalogs, the answer might seem too obvious to need repeating. However, that leaves all the other media and marketing professionals to whom the answer ought to be just as obvious, but isn’t.

The DigiPub Conference aims to provide the needed clarity by underscoring the role of data-driven print both in book publishing and in integrated marketing campaigns. The 2017 edition of the event, presented by NAPCO Media in New York City on November 16, sought to dispel myths about the decline of print while emphasizing how well matched with digital media it can be.

The common theme of its general-session presentations and topical panel discussions was that with the help of data-driven print in the mix, publishers and brand owners can connect the online and offline behaviors of their audiences for the results they want.

“Data-driven print,” as described in an opening keynote to the general sessions by Denis Wilson, editorial director of Book Business and Publishing Executive, is responsive, demand-based, targeted, personalized, connected, and measurable.

These virtues, he said, are a riposte to the “noise” created by narratives that don’t take them properly into account. The faulty narratives have failed to note, for example, the embrace of printed catalogs by online retailers; and the fact that printed books have easily withstood competition from e-books, which were once thought poised to claim half the book publishing market.

Books, catalogs, and other examples of “purposeful print” are attractive to consumers precisely because they are physical media, according to Wilson, who added that their appeal can be enhanced by making data an ingredient of their development. “If you can increase relevancy, you can increase engagement,” and that engagement can be monetized, he said.

An accurate narrative about the place of print can be found in the responses to a recent Target Marketing survey about marketing practices, said Nathan Safran, NAPCO Media’s director of research. The survey found, among other things, that print was the second largest budget allocation made by respondents in 2017; direct mail was the second most used method for customer acquisition and retention; and that direct mail delivered the second highest ROI.

Results like these, said Safran, tell us that “print versus digital is the wrong question:” what marketers should be trying to find out is where print fits best among the digital channels they are using. 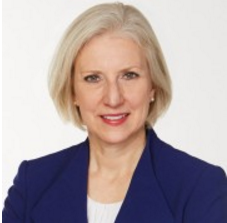 Today, magazine publishing consists of both, although attention usually is focused on the travails of the print side of the business. Linda Thomas Brooks, president and CEO of MPA The Association of Magazine Media, acknowledged that the magazine industry is experiencing disruption. But, she said, “we never talk about the part of the business that’s good.”

The good news to spread is that magazine media build brands and sell products “in a transparent and safe environment with demonstrable results and more rigor to prove it than anyone else.” Magazines are unique in being able to brand and sell simultaneously, said Brooks; other media do one or the other, but not both.

What’s more, unlike “walled gardens” such as Google and Facebook that “grade their own homework,” magazines voluntarily submit to independent circulation audits and share those metrics of their effectiveness with advertisers.

Magazine-disparaging rhetoric ignores the reach of magazine media into consumers’ lives, Brooks declared. Nielsen data reveals, for example, that nothing on television - including "The Walking Dead" and Sunday night football - is seen by as many people as the top 10 magazines. The rhetoric also ignores the fact that unlike the kinds of unrequested digital media people find so intrusive, magazines are “invited” into homes through subscriptions and single-copy purchases.

As Brooks pointed out, “advertisers get to come along as the plus-one,” and being the guest of the guest in this way can be a smart investment. In reviewing return on ad spend (ROAS) in 1,400 client cases, Nielsen Catalina Solutions found that magazine media delivered a ROAS of $3.94 for every $1 spent on them - higher than digital display advertising, linear (live) TV, mobile, and digital video. In this sense, said Brooks, magazine advertising is underpriced when compared with other channels.

She also stressed the tactile appeal of magazines and the trust that consumers continue to place in them. The democratization of media has made people even more eager for expertly curated content from reliable sources, a public service that magazine media have always provided. 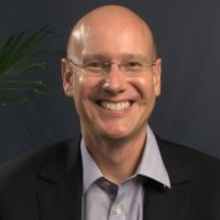 Publishing retains its reputation and its “gravitas,” according to Marco Boer, vice president, IT Strategies, but it has also come under “huge financial pressure” that publishers can use digital technologies to help relieve. He reviewed the options for producers of books, catalogs, magazines, and direct mail, noting the opportunities that each segment has to print with better quality, efficiency, and economy.

The book market, he said, is “really stable,” with about 8% of its pages now printed digitally and twice that percentage of digital pages forecasted by 2020. The question is how to make it more profitable. Part of the answer, said Boer, lies in producing more books in color: about 10% of offset book units are printed in color, but they account for 33% of the value.

As book run lengths decline and the frequency of ordering increases, profit will come from turning book printing into a form of “agile manufacturing” that can adapt to the change in demand. Distribution inefficiencies have to be addressed as well. Up to 30% of all books printed are still shredded as unsold returns, said Boer, who also noted that “the slow boat from Asia doesn’t really work any more” for publishers that want to adopt data-driven production strategies.

Emerging, said Boer, are global networks for color book production in which “touchless processing” characterizes the workflow from order entry, content assembly, and logistics to distributed printing at a location close to the customer that placed the order. He said continuous-feed inkjet printing would be central to this model, although cut-sheet toner digital presses and offset lithography also could have their places in it.

Catalogs, in Boer’s view, remain highly relevant as “on-ramps” to the non-print shopping channels that consumers are now using. Offset continues to be the predominant process for this mostly high-volume application, but digital printing, with its unit-cost advantage in short runs, is made to order for the specialized vertical markets that catalog retailers also want to reach. Inkjet presses are getting better at printing on the kinds of paper stocks that catalogers like to use, Boer added.

Substrate compatibility is something that inkjet production will also have to offer magazines, whose declining circulations and changing formats are starting to make them candidates for the short-run economy of digital printing. Various methods for making coated offset stocks receptive to inkjet inks are available now, and new processes and consumables that serve the same purpose are on the way.

These solutions won’t establish themselves overnight. But in 10 years’ time, predicted Boer, the debate about inkjet’s suitability for magazines and catalogs will have ended, and offset will look less attractive than it does now as a process for printing them.

Direct mail, meanwhile, stands out as the sterling example of what digital printing can accomplish in the traditional channels. Inkjet, according to Boer, accounts for 30% of all direct mail pieces now produced. IT Strategies projects that inkjet’s share will be 50% by 2020.

Will inkjet make similar inroads into catalogs and magazines? That depends, said Boer, on how long it takes their publishers to realize that producing them “is no longer about print cost—it’s about value to the customer.” Once they see that, they’ll also see that they “can’t afford not to have digital print” as a manufacturing option. 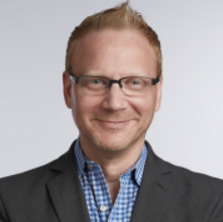 Capping the general sessions was a report on data-driven print in action by Adam Solomon, chief product officer of PebblePost. The “golden age of digital” we find ourselves in, he said, is signaled by the fact that this year for the first time, spending on digital advertising exceeded the spend on TV advertising. At this rate, digital could eventually represent 50% of all advertising outlays.

But, the digital advertising chain is so dauntingly complex (“tech gone wild,” as Solomon put it) that the experience for consumers often turns out to be a poor one. This explains why they’re increasingly resorting to ad blockers and other remedies for pushing back against the overload.

Solomon said that programmatic direct mail, PebblePost’s specialty, offers marketers a result-getting alternative to bombarding consumers with digital-only messaging they won’t respond to. He compared its main ingredients, customer data and physical mail, to those of a famous peanut-butter-and-chocolate confection: delicious individually, but even more satisfying together.

PebblePost gathers “signals” of online shopping behavior and uses that information to dynamically create mailing pieces that correspond to whatever the shopper was doing at the time the signal was captured. Because the process is designed for very rapid turnaround, Solomon said, “today’s intent signal becomes tomorrow’s direct mail.”

A rules engine turns the signal into a “dynamic JPEG” that is ready to be digitally printed and placed into the next day’s mailstream. The “secret sauce,” according to Solomon, is PebblePost’s ability to match signals to surface addresses in a privacy-compliant way. PebblePost also uniquely codes the pieces to track and analyze conversion events—actions taken by addressees upon receipt of the pieces.

Done correctly, said Solomon, programmatic direct mail exceeds the sum of it parts in terms of the response it generates. To make the most of it, he advised marketers, “be fast, be nimble, and be iterative” with the possibilities it offers.