Both revenue and diluted EPS exceeded the high end of the range in the prior outlook driven by strong operating results in all three segments and earlier than expected cost savings.

“Deluxe delivered an outstanding second quarter, beating both our revenue and earnings outlook,” explained Lee Schram, CEO of Deluxe. “We continue to execute our transformation strategy and are pleased with the growth we see in our marketing solutions and other services product categories. We believe we have the right strategy in place to continue to grow our business and as a result of our first half performance, have raised our full year earnings and operating cash flow outlook.” 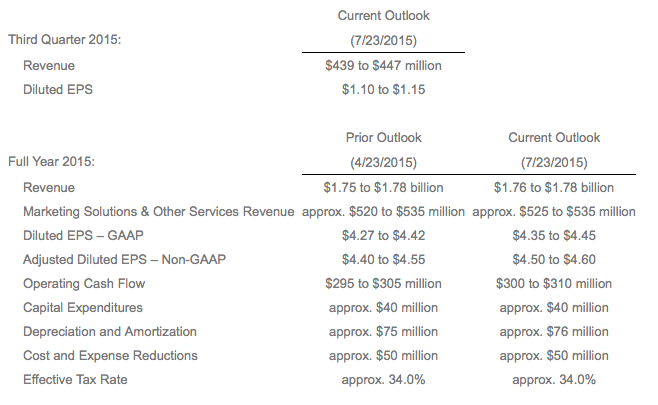