Deluxe Corp. 4.3% Revenue Increase for Q3 Was Largely Due to Financial Services

“Our strategy of diversifying and growing top-line revenue continued to show progress in the quarter with marketing solutions and other services now accounting for over a third of total revenue,” states Lee Schram, CEO of Deluxe. “During the quarter, we acquired Payce Payroll - a full service payroll and tax filing firm and Inkhead — a technology-based marketer that helps small businesses promote their business. Looking ahead into next year, we believe we continue to be well positioned to deliver another year of growth in revenue, earnings and cash flow from operations.” 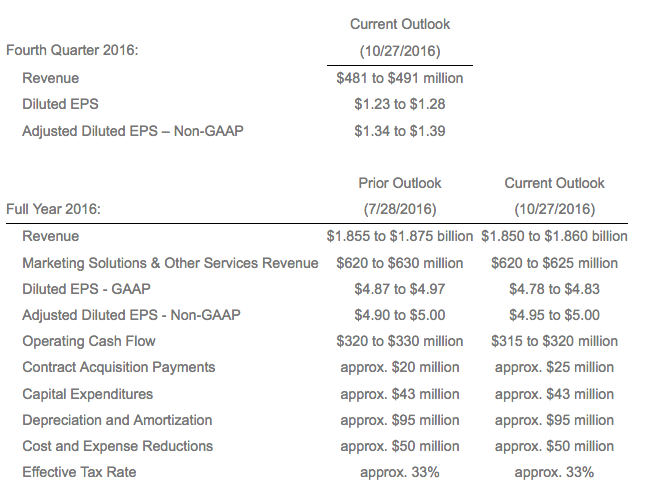 About Deluxe Corp.
Deluxe is a growth engine for small businesses and financial institutions. 4.5 million small business customers utilize Deluxe's service and product solutions, including website development and hosting, email marketing, social media, search engine optimization and logo design, in addition to our industry-leading checks and forms offerings. Deluxe serves approximately 5,100 financial institutions with a diverse portfolio of financial technology solutions that enable them to grow revenue and manage their customers throughout their lifecycle, including our best-in-class check program solutions. Deluxe is also a leading provider of checks and accessories sold directly to consumers.

Power to Tread on Chaos