Revenue was at the low end of the range of the Company’s prior outlook driven primarily by lower revenue within marketing solutions and other services (MOS). GAAP diluted EPS was $1.75 and included a federal tax benefit from the Tax Cut and Jobs Act of $0.42 per share, as well as aggregate charges of $0.07 per share for restructuring, integration and transaction costs. Excluding these charges, adjusted diluted EPS was within the range of the prior outlook. 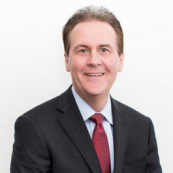 “The fourth quarter marked the end of a very good year for us,” said Lee Schram, CEO of Deluxe. “Annual revenue increased for the eighth consecutive year and grew over 6 percent compared to the prior year, with both EPS and cash flow from operations also increasing. Our strategy continues to deliver profitable growth and looking ahead to 2018 and beyond, we have identified areas within MOS where we plan to pivot for faster organic growth and moderately more aggressive acquisition growth.” 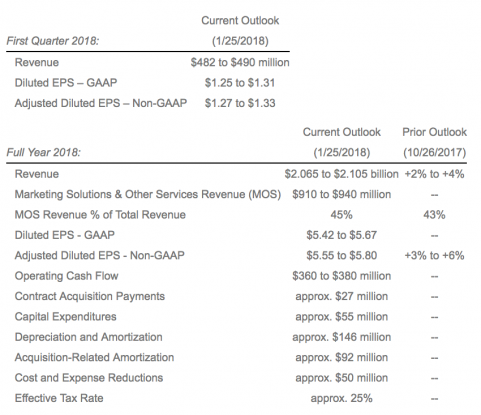