“In the third quarter, we once again delivered strong growth in both revenue and adjusted diluted EPS,” said Lee Schram, CEO of Deluxe. “Marketing solutions and other services revenue grew over 30 percent from the prior year and accounted for over 40 percent of revenue in the third quarter. Despite our expectations for a continued sluggish economy and the impact of multiple weather-related challenges affecting our customers across the country, we expect to deliver another consecutive year of growth in revenue, adjusted diluted EPS and cash flow from operations.” 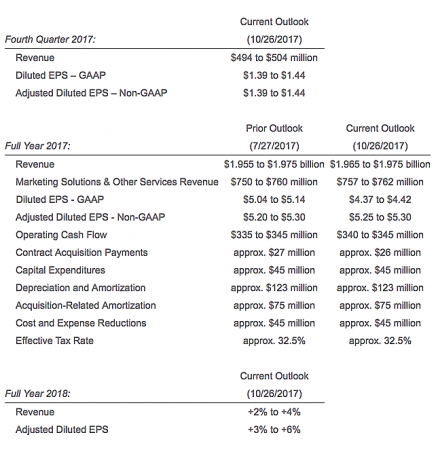