“These roles are absolutely critical to the transformation of Deluxe to a tech-enabled solutions company,” McCarthy said. “We are positioning ourselves to seamlessly meet the evolving needs of our customers for the next 100 years, and these leaders bring new points of view we can use to build on our already significant expertise at Deluxe.” 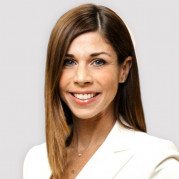 Parrilli will lead Deluxe’s strategic marketplace analysis and play a critical role in setting the go-to-market strategy to drive profitable revenue growth. Most recently, Parrilli served on the Home Services leadership team at The Home Depot. Over the course of her 17-year career, she has also spent time working in the payment industry with Citigroup and First Data Corporation. Parrilli holds bachelors' degrees in business administration and economics from Trinity University and a master’s degree in business administration from Harvard Business School. Parrilli started at Deluxe in February and is based in the company’s Atlanta office. 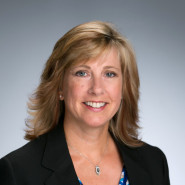 Elliott will lead the enterprise human resources function, playing a strategic role in developing people and aligning the organization to Deluxe’s business strategy. Elliott brings a wealth of experience to Deluxe, specifically in creating cultures of collaboration, accountability and communication that inspires high performance. Most recently, she served as an Executive Vice President and Chief Administrative Officer at Global Payments. She has more than 20 years of experience in payment technology including nine years at First Data. Elliott started at Deluxe in April and will be based in both Atlanta and the company’s headquarters in Shoreview, Minn.