"We delivered a strong third quarter growing revenue over 6 percent and delivering double-digit growth in earnings per share," said Lee Schram, CEO of Deluxe. "During the quarter, we also repurchased $47 million of common stock and earlier this week we announced the latest addition to Deluxe, Datamyx LLC, a leading provider of integrated information, technology and analytics which will further strengthen the marketing solutions and other services offerings in our Financial Services segment." 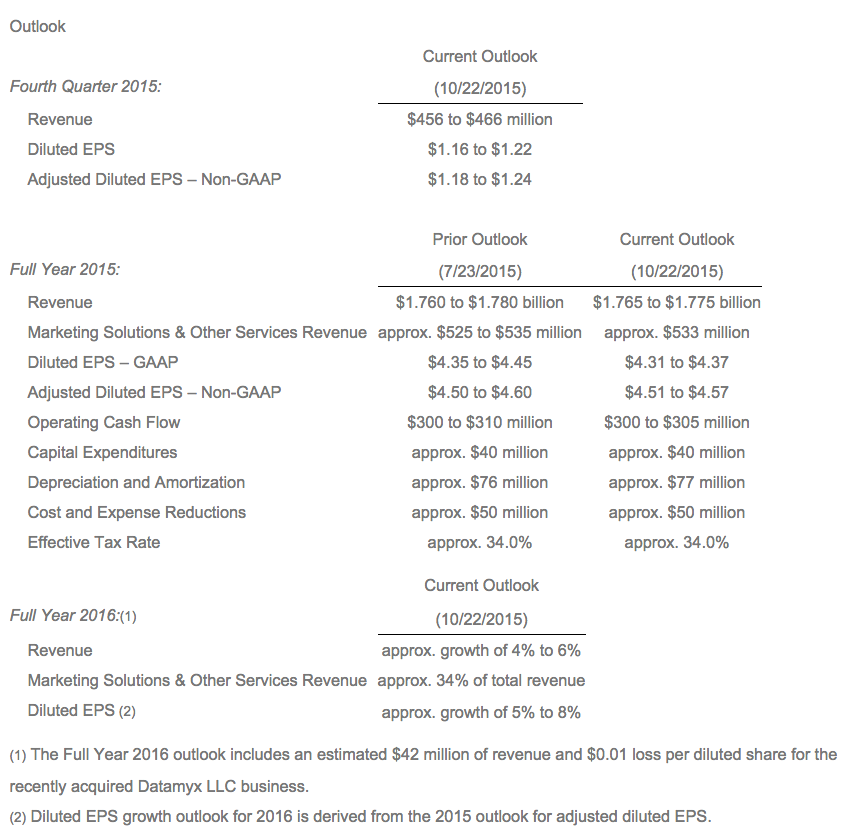