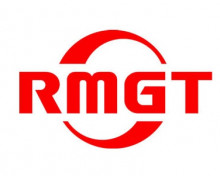 RMGT, manufacturer of the leading 8-up sheetfed offset press in North America, announces that DavCo Advertising from Lancaster, PA ,will host the next stop in the RMGT Commit to Print World Tour. The World Tour will be held in major cities across North America with the Tour culminating with live press demonstrations in Las Vegas during PRINTING United, in October 2022. The final event will take place in Tokyo, Japan, World Headquarters of RMGT.

“The Lancaster stop in the tour at DavCo will allow commercial printers from the greater Philadelphia and Baltimore area to see the RMGT 9 Series in action,” states Jeff Wagner, President, G.E. Richards, Eastern US Distributor for RMGT. “We conceived the Commit to Print World Tour for 2022 to allow regional events for printers to see our presses in a production environment. This event at DavCo will allow commercial printers, trade shops and online printers see possibilities of high-quality offset print.”

“The RMGT 9 Series press is an 8-up sheetfed offset press that offers economies not found on a traditional 40-inch presses,” states Jim Lundy, G.E. Richards. “There is a higher cost efficiency per job from the reduced makeready time via plate changing automation and easier ink controlling. Operators can keep productivity up with maintaining a cleaner workspace with built in cleaning devices. Monitors for displaying press information on the press console allows for better management of multiple jobs and overall digital workflow.”

The culmination of the Commit to Print Tour in the U.S. will be the PRINTING United Expo event in Las Vegas on October 19-21. “RMGT’s commitment to live press demonstrations during large industry events continues in 2022 with the North American launch of our new 8-UP+ RMGT 970 offset press,” adds Wagner. “Our ability to install an 8-up press for a three-day show is testimony to one of the additional benefits of the RMGT 9 Series press: the smallest footprint of an eight-page sheetfed offset press in the industry.” The new RMGT 970 press also features the latest in offset press technology with instant LED-UV curing and greatly reduced makeready. Over 80% of RMGT 9 Series presses running in North America are manned with a single pressman.

END_OF_DOCUMENT_TOKEN_TO_BE_REPLACED
Happening Today
The Powerful Case for US Book Manufacturing