Creel Printing Poises Itself for Growth with M&A, Equipment Investments 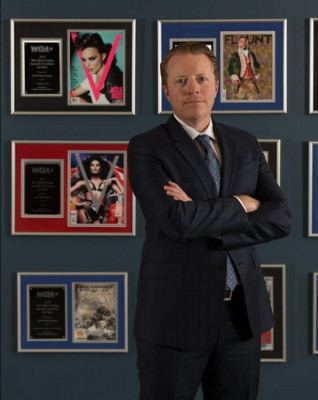 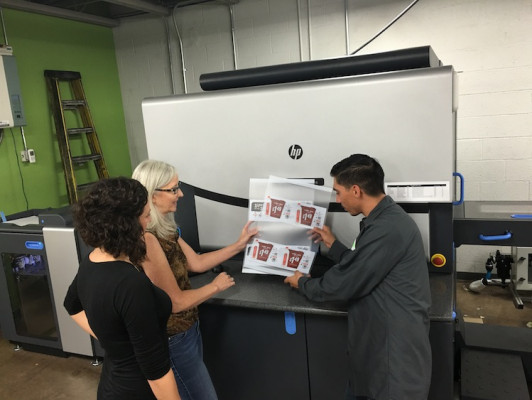 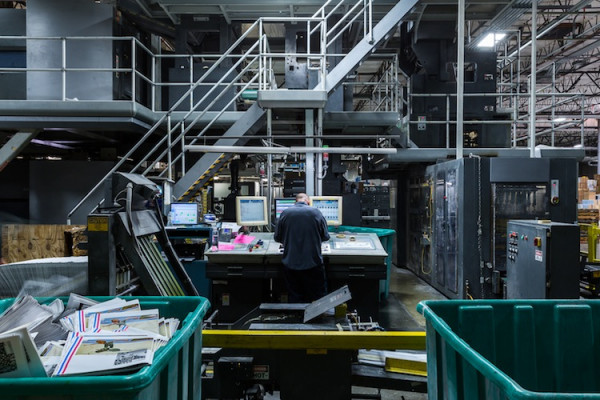 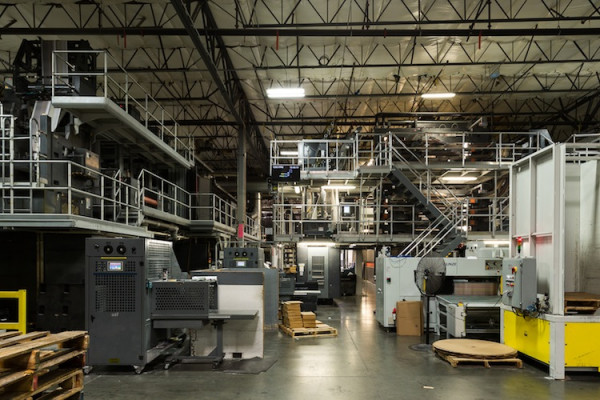 There are several ways to regard Creel, the Las Vegas-based mega-printer extraordinaire. Envy is an apt reaction. So is fear. But perhaps a healthy dose of both is the best approach.

One could argue that Creel is one of the most advanced printing operations in the United States, and it continues to raise the bar on an annual basis. Perhaps more impressively, company President Allan G. Creel is making it his mission to ensure that his staff and executive team are monitoring the “sea change” taking place in the industry.

When the tide shifts, riding the wave — and not getting rolled by it — separates the winners from the losers.

“We need to take time every day to analyze where the industry is heading,” he says. “It’s an exciting time, but a scary time as well. If we’re not giving the ‘sea change’ its proper due, we won’t be able to provide our clients with the services they need and the cutting-edge solutions they expect us to provide.”

Want to see change? Take a look around the shop floors of this $130 million heatset/coldset web, sheetfed offset, digital and wide-format digital Goliath, which in recent years has swelled to 700 employees in six facilities across the country and one in Pusignan, France. Privately-owned Creel services the full gamut of printing needs, including publications, catalogs, commercial and direct mail work, not to mention the full depth of personalization offered by digital printing technologies.

In the past three years alone, Creel has shaken the industry to its core with a number of moves designed to shock, awe and provide customers with zero reason to look elsewhere for their full-service needs. Among the highlights:

“Acquisitions are always tricky,” Creel remarks. “There’s always a fine balance between performance, expectations and culture. GlobalSoft is a strong company with a good focus on customers and service. We’re proud to now be able to offer both East Coast and European Union operations to our large client base.”

Bill Wieners, VP, digital solutions and the president of Creel Digital Division, sees digital as a product/market that is still in its infancy, and the moves enable its clients to reach their customers in a better, more efficient manner. On a granular level, the homogenization provides benefits in using the same color libraries, color profiles and dot patterns, to name a few.

“Building that relationship with HP really allows us access to cutting-edge technology,” Wieners notes. “It will be a long time before anyone has a fleet that is, across the board, as uniform as ours. We’re getting a step ahead of everyone else.”

Creel believes the investments are critical to satisfying the needs of the 21st century print buyer. “We remain very bullish on the offset printing market,” he says. “It’s all about quality and efficiency. You can’t compete in a market that wants to pay less for higher quality material … without investing in the latest technology and automation. Now, because of fully-automatic plating systems and sophisticated closed-loop color controls, we can produce 50% more per impression on the new technology with the same amount of staff and reduced waste.”

Creel notes that while it is difficult for many printers to justify opening multiple fulfillment operations that don’t house revenue-generating presses, they are truly a cost of doing business as part of the company’s distribute-and-print model. It is here where the fruits of all of Creel’s production capabilities gel to help its customers reach end users in a more personalized and effective manner.

“With that type of model, there are going to be products that need to go along with the on-demand digital printing, whether it’s wide-format digital printing or promotional products,” Creel adds. “We store a lot of traditional offset printed products there as well. For example, we could send out a traditional sales kit, coupled with a personalized letter and a mug or some other promotional product.”

The output quality of the HP Indigo 50000 is such that most customers cannot tell the difference between it and offset, Wieners asserts. Slated for installation at the Creel Digital Division Las Vegas manufacturing operation in January 2017, the HP Indigo 50000 will allow Creel to produce more than 60% of the work it was doing on a conventional 40˝ press, but at a lower price point — even when factoring in click charges, Wieners estimates. And with the larger digital format size, Creel can use traditional, high-capacity finishing equipment.

“The ability to print more images up on a sheet, using lower-cost substrates on a roll, makes a lot of financial sense to us and to our clients,” Creel relates.

“With the finishing capabilities on a current, standard-size Indigo sheet, you can’t produce a multi-page magazine or catalog with variable printing. You need to build in — because of size and finishing limitations — an offset portion in order to maintain high page counts. But, as digital continues to get faster and wider on lighter basis weight substrates, closing that gap gets closer and closer. Our plan is to continue to invest in that technology.”

The commitment to both traditional and digital printing disciplines enables Creel to be able to offer the best of both platforms to fit as many marketing budgets as possible. The HP Indigo 50000 looks to play a significant role in helping Creel’s customers attain what had been previously unattainable.

“Say a client wants to produce a personalized magazine, but they can’t afford to print the whole publication variable and they’re not satisfied with the level of inkjet quality reproduction,” Wieners remarks. “We can print the cover variable, maybe a center spread and, with the HP Indigo 50000, include a 16-page digitally printed signature into it. Now they’ll have a magazine that’s about 25% variable printed. We’ll be able to do that, seamlessly, by combining high-quality digital and offset technology, which is almost unheard of in the marketplace.”

This blended offering is the key to future growth. Like a spread offense in football, Creel isn’t relying on any one or two star offerings to find the end zone. The company is growing organically, and the GlobalSoft Digital Solutions acquisition is the latest in a series of annexations on the M&A side. Creel’s publication and catalog spaces have enjoyed an uptick; here, integrated solutions are being aggressively promoted.

And given its G7 Master qualified status, the company isn’t exactly pushing out economical McBrochures by the pound or offering $10 in free poker chips for each order. As long as Allan Creel vows to “see change” with state-of-the-art digital printing equipment that other printers have yet to lay eyes on, taking away this printer’s market share will be tougher than picking up that gut-shot straight.

“We’ve been in business for more than 60 years, and when we’re able to bring a new solution to customers — some of which have been with us for almost as long — we’ve succeeded,” Creel says. “When we can increase their bottom lines due to what we produce for them, we’ve done our job. In some cases, clients actually spend less with us by talking to their clients more effectively.

“We’re keeping print relevant in an age where it’s easy to abandon it.”