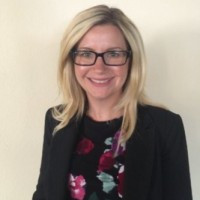 Polaris Direct, a high-volume direct marketing services and printing company based in Hooksett, NH, announced that Courtney Hoppe has joined its Strategic Marketing Services (SMS) team as Account Director. Courtney brings with her twenty years of traditional and digital marketing experience in a variety of industries, including enterprise companies and non-profit agencies.

Most recently, Courtney served as the Director of Development for an esteemed non-profit that provides life-changing programs and services to residents of New England. In this role, she consistently exceeded the organization’s fundraising goals in addition to managing its marketing efforts. Prior to this, she spent seven years as the New England Marketing Manager for Southern Glazer’s Wine & Spirits, where she developed and managed the local marketing plans for some of the most recognizable brands in the world. She has also held posts as the Communications Manager for FIRST LEGO League, the non-profit organization founded by famed biomedical engineer and NH native Dean Kamen, and as an Account Manager for McLean Communications.

Prior to relocating from New York to New Hampshire in 2005, Courtney was the Promotions & Marketing Director for a variety of media organizations and had a notable stint with The Jim Henson Company in NYC. She is also an award-winning broadcaster, emcee and published writer. Courtney holds a Bachelor of Arts degree in Communication from Marist College. She currently resides in downtown Manchester, NH with roots in Nashua, NH.

“As a business that has been certified by the Women’s Business Enterprise National Council since 2004, we are especially excited to have an accomplished woman such as Courtney join our Strategic Marketing team,” said Director and CEO Judith Maloy. “Courtney brings a wealth of innovative ideas that will help us continue to meet the ever-evolving needs of our clients and drive greater campaign ROI.”

As Account Director of Strategic Marketing Services for Polaris Direct, Courtney will be managing the development of multi-channel marketing campaigns for — and the relationships with — its enterprise companies and non-profit organizations. “On day one, Courtney began to seamlessly interact with our clients and partners,” said Maloy. “We see a future as bright as the North Star ahead.”