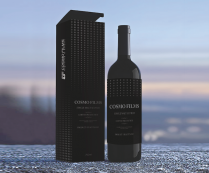 DELHI, India — October 24, 2016 — Cosmo Films, a leading manufacturer of specialty BOPP films, has announced the launch of BOPP based Black Velvet lamination films. The newly launched films offer an intense black color along with a velvet touch to the laminated paper/paperboard or package, thereby enhancing its aesthetics. It is also perfect for post lamination processes like spot UV, foil stamping, printing, etc.

Solid colors like blue, red and black are tricky to handle, especially when used in the background for off-set printing. These background colors also take longer to dry, leading to increased lead time for print delivery. Therefore, offset printers usually avoid using these as background colors. However, graphic art designers prefer using black background because of the impact it generates with foiling and other post lamination operations and more so in case of luxury packaging.

Understanding this need gap, Cosmo Films has come up with black velvet lamination films which could compensate for the black printing on paper for background. These black colored BOPP based velvet touch lamination films need to be laminated to the unprinted paper before going for printing or post lamination embellishments.

Commenting on the development, Mr. S. Satish, global head of sales and marketing says, “The launch of black velvet lamination films has added a new dimension to our range of premium lamination films and the exciting fact is that this development can be replicated in other colors as well. The films have been commercialized and the response so far has been extremely encouraging.”