Like many of you, the entire Cimpress team loves print and believes strongly in its future relevance. Print is integral to the Cimpress corporate mission to empower people to make an impression through individually meaningful physical products. We want to make it easy and affordable for customers to convey, in tangible and enduring media, the thoughts, design aesthetics, messages and sentiments that are important to them, their customers, their organization or their loved ones.

But the world of print faces enormous pressures. How do we ensure that our industry not only survives but thrives in the face of incessant change?

My view is that it all comes down to delivering more and more customer value. And I have a longstanding hypothesis about customer value creation: that companies need to embrace competition, to specialize and to partner, including partnering with competitors. The term for this concept ("coopetition") was created by merging together the words “cooperation” and “competition.” Coopetition drives benefits such as higher customer satisfaction, faster innovation and market expansion that outweigh any disadvantages and discomfort of working with competitors. 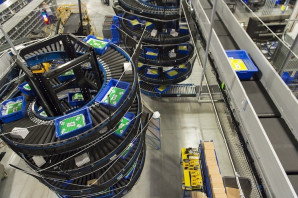 A spiral induction chute at Cimpress' Windsor plant carries customers' products up to the conveyor to be sent to shipping.

Novell Corp. pioneered the coopetition strategy in the early ’90s, and it propelled Novell to become the leading networking technology company of its time. By the mid-’90s, coopetition was commonly understood and a strategy that was regularly embraced within the IT industry — and it remains very common there today.

Google Android is critical for Facebook’s success on mobile devices, but both compete fiercely to be the Internet’s leading advertising portal. Amazon Web Services provides IT infrastructure to Netflix, even as Netflix competes directly with Amazon’s video-on-demand services. Apple competes with Samsung but also buys billions of dollars of components from Samsung. And Apple battles Google across many fronts, yet pays Google billions of dollars per year to be the default search engine in Apple Safari on iOS devices. There are countless examples of similar coopetition among smaller, less iconic IT companies as well.

In fact, technology companies specialize, partner and compete in so many intertwining and continually changing ways that it’s difficult to keep track. But the result is clear. Their industry has created incredible customer value and contributed to society in enormous ways.

I believe we can learn a lot by looking at the IT industry. With that in mind, let me take you through how Cimpress thinks about customer-focused competition, specialization and partnerships.

As consumers, we benefit from the fact that competition drives companies to perform better. Yet when managing our own businesses, it is easy to consider competition to be harmful. From personal experience, I can say that without competition, Cimpress would never have driven ourselves to improve as we have every year during the past 20 years. Competition has forced us to improve customer value across many dimensions: new products, service levels, content, intuitive and simple user experiences, quality, delivery speed and reliability. 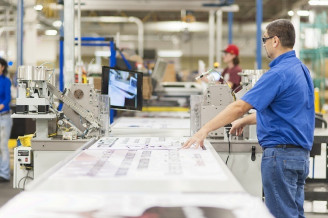 A plant operator works on signage at Cimpress' Windsor plant.

How you compete is up to you. But in almost any possible scenario, competition is good for customers, which means it drives market growth and evolution that allows our industry to thrive despite the constant change and digital disruption around us.

Competition also pushes us to specialize in ways that allow us to drive value for the client in ways the competition does not. It was hyper-specialization that allowed Vistaprint to succeed, despite an onslaught of competition from do-it-yourself desktop printing alternatives that, even today, account for a huge portion of micro-business printing. Vistaprint’s specialty was to build software-powered systems that fully integrated the workflow from browser-based design to highly automated production lines, and then to drive previously unimaginable daily order volume through that system via mass-market consumer marketing techniques that attracted tens of millions of micro-businesses.

In recent years, Cimpress has grown beyond Vistaprint’s historical core. We have done so both organically and via the acquisition of companies in new markets. But throughout, it’s been incredibly important to me that both our homegrown teams and those at the companies we acquire independently develop specializations that make them unique.

Partnerships, Including with Competitors
As we rapidly expand the breadth and depth of products we offer, Cimpress is increasingly supplementing internal production with external supply chain partnerships. In fact, supply chain partnership expansion was one of the primary reasons for our investments in Exagroup and Wir-Machen-Druck, each of which brought us excellent networks of outsourced production capabilities that we otherwise lacked. 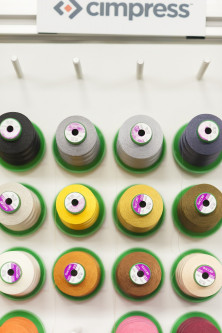 Threads at an embroidery station at the Windsor plant. Using a wide range of colored threads allows customers to upload an image to be rendered into an accurate and detailed embroidery.

We intend to partner with these and many other sub-contractors to supply multiple Cimpress brands across a software-based network that we refer to as the Cimpress Mass Customization Platform, or MCP. As an example of coopetition, our production partners include some firms that also supply our competitors or with which we compete directly in other parts of our business.

On the customer-facing side of our business, we are also now partnering with tens of thousands of local printers, agencies and graphic designers who resell our products, allowing them to take advantage of our huge scale. And in Europe, we have deployed sophisticated, low-cost, white-label Web-to-print sites to more than a thousand of these resellers, even though these newly enabled e-commerce sites compete with our Pixartprinting, Wir-Machen-Druck and Vistaprint brands.

Embracing coopetition has added to the level of competition we face, but not more than if we had never partnered with our competitors. We face tens of thousands of tenacious and established traditional competitors; ever-increasing cross-border competition; incessant technology improvements and thus obsolescence in production equipment; a constant stream of incredibly innovative startups; and many determined large incumbents. As successful as Cimpress has been, we don’t account for even 0.5% of the size of the totality of the printing, custom apparel, promotional products, home and family, signage and other mass-customization markets. So we see partnerships that drive greater customer value as key to our future. 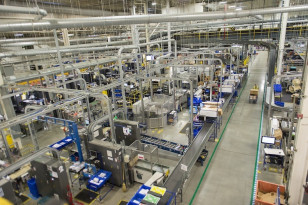 An aerial view of a section of the Windsor plant taken from the upstairs conveyance system.

Our industry faces digital competition that was inconceivable 20 years ago. Fortunately, that same digital megatrend enables customer-focused competition, specialization and partnerships that radically improve the convenience, relevance and affordability of designing and procuring beautifully tangible products that digital alternatives simply can’t provide. And the speed and fluidity of digital systems allows for partnerships between specialists that appear seamless to the end customer. That creates great opportunity for all of us.

I truly believe that the next two decades will be a period of great growth and success for printing companies that constantly improve the ways in which customers are served. And that the speed of those improvements achieved by partnering with others — sometimes even with competitors — can drive our industry as a whole toward a future that is full of opportunity. We have more to win together than we have to lose separately. PI

About the Author
In 1995, Robert Keane founded what is today known as Cimpress to provide small businesses with everything they need to market their business. Keane’s vision for the company emerged from his experience with the development of a retail kiosk design and printing system and from his in-depth knowledge of the small business desktop publishing software market.