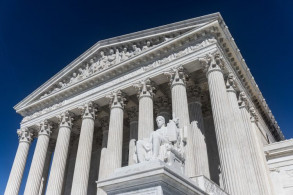 PONTIAC, Mich. - June 25, 2018 -  The Supreme Court recently decided in a 5-4 ruling that states will be able to charge shoppers sales tax when making an online purchase in the case of South Dakota v. Wayfair, 17-494.

“The Supreme Court just chopped off the legs of small businesses,” said Vladimir Gendelman, founder and CEO of Company Folders Inc. “Though the ruling currently only impacts South Dakota, it does open the door for other states to follow suit.”

This decision overturns a previous Supreme Court ruling from 1992, Quill Corp. v. North Dakota. Previously, online businesses only charged sales tax if they had a physical presence in that state.

Many large online retailers such as Amazon are already charging sales tax, since they have physical locations (be they retail stores, offices or warehouses). They also have the systems in place to learn and enforce the rules of about 12,000 local tax jurisdictions.

Company Folders hasn’t even had a direct mail campaign of that size in its 15 years of business, Gendelman said.

“This will destroy small online retailers,” he said. “How can a small business possibly keep up with the tax rules and regulations for each jurisdiction and enforce them? It will cost more to produce and send the checks than they are worth.”

Should this expand to a national level, online businesses would need to register for a sales tax permit with each jurisdiction and keep track of the due dates, which vary from annual to twice-monthly depending on the size of the retailer and jurisdiction. In some states, in addition to reporting how much sales tax was collected in each state, businesses will also need to report how much was collected in each county, city or other special tax district in each state.

Software would also need to be updated to allow for sales tax collection, making sure the proper amount is charged based on the origin of sales or buyer’s ship-to address (this varies by state).

Each state also has its own rule regarding sales tax fees on shipping charges.

Only five states in the nation do not charge sales tax.

“To say this process will be a cumbersome burden many small online businesses will not be able to endure is an understatement,” Gendelman said.

He said brick-and-mortar businesses already had the advantage of no wait time or shipping costs. They also have the systems in place to collect and send sales tax to their local jurisdictions.

The Trump administration has been vocally supportive of South Dakota in the case, but Gendelman believes this will have a devastating effect on the economy.

“When small businesses can’t keep up with the various tax laws, how many jobs will be lost?” he said. “Ultimately, it’s consumers who will miss out when they have fewer choices for goods.”