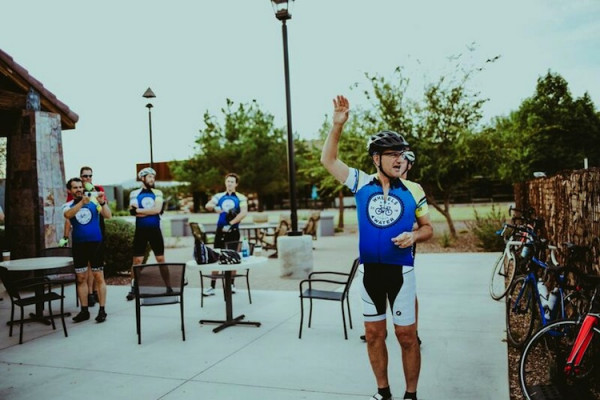 Anthony "Tony" Narducci, president and CEO of O'Neil Printing, teamed with Wheels4Water four years ago to raise awareness for clean water in Uganda. 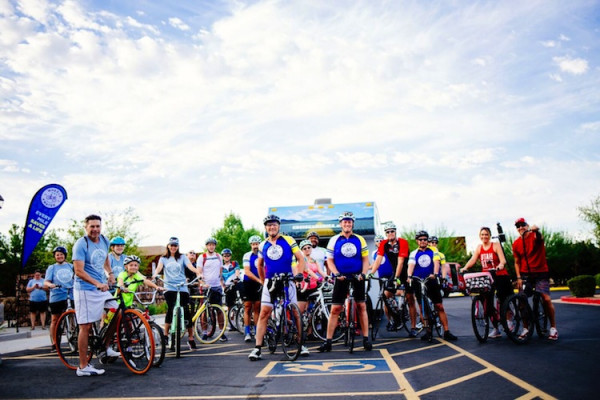 In 2015 and 2016 he decided to take to the open road to further raise awareness for clean water in Uganda. 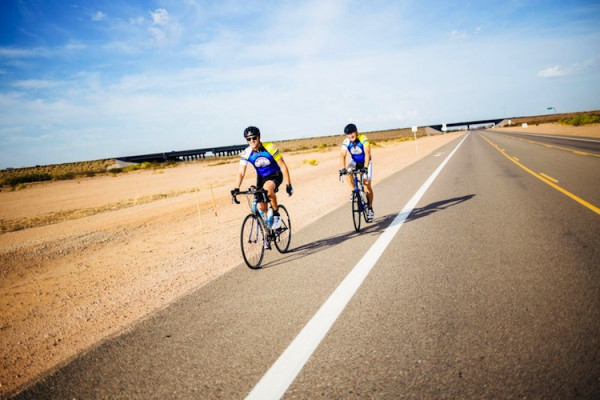 On September 10th, Anthony and the Wheels4Water team will ride from San Diego to Jacksonville, Fla., in 10 days. 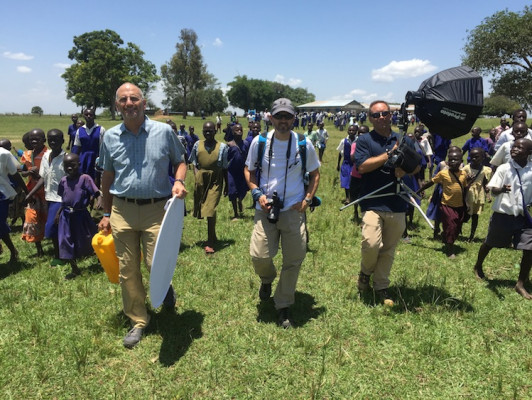 In 2015, Narducci, along with the Wheels4Water team, visted Uganda and the Congo, where they visited villages. 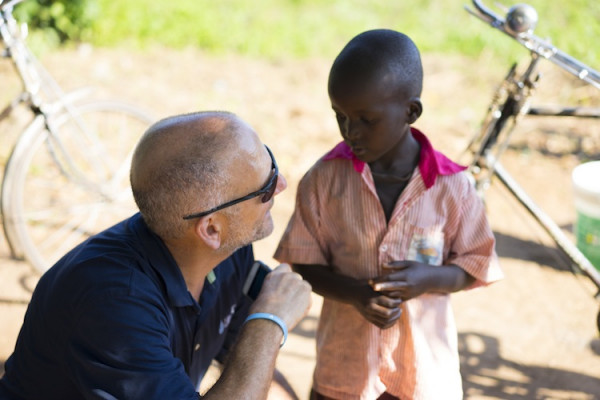 Narducci has made it his mission to provide Africans with clean water for life. 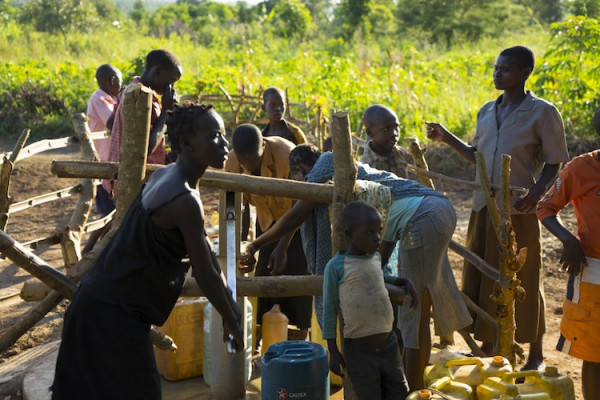 So far, Wheels4Water has provided clean water and sanitation to over 6,000 people in Uganda, Kenya, and the Democratic Republic of the Congo. 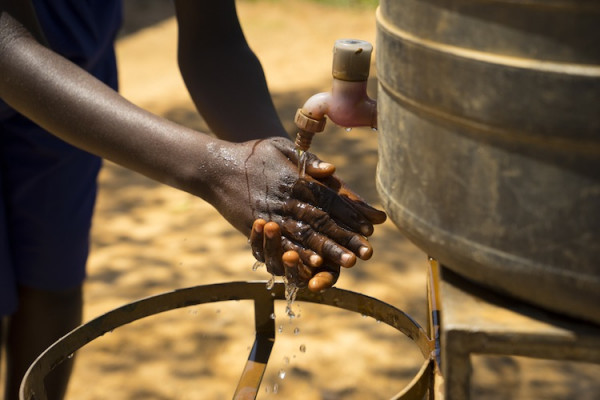 $40 provides clean water, sanitation, and hygiene education for a person for life.

Anthony "Tony" Narducci, president and CEO of O’Neil Printing, is busy running his $15 million, 95-employee commercial printing operation. But, back in 2014, he realized that he could also contribute to a larger cause — providing 10,000 Africans with water for life. As a community and business leader in Phoenix, Narducci was struck by the concept that for $40, a person could have lifelong access to clean water, hygiene and sanitation.

For the past four years, Narducci has teamed with Wheels4Water to raise funding and awareness for the clean water and sanitation crisis in Uganda and other African nations by cycling across various destinations in the United States. In 2014, he played a logistics support and fundraising role in the team’s ride from Boston to Chicago, which provided 2,500 people with clean water for life. But, just watching the 2014 ride motivated Narducci to make changes to his overall health and fitness, enabling him to actually participate as a cycler in the 2015 and 2016 bike rides.

Narducci, 59, changed his eating habits and exercise regimen, ultimately dropping 50 pounds in a five-month span — and has kept the weight off. He adds that his commitment toward a healthier lifestyle and desire to serve a noble cause like Wheels4Water has also permeated throughout his company culture and among his employees. "It's become part of our DNA and has caught on in both how our people care about both each other and about our clients," Narducci says.

The results of the company's "giving" culture and its go-to-market strategy built around providing enterprise, Web-to-print, wide-format and fulfillment solutions, speak for themselves. O'Neil Printing has enjoyed double-digital growth so far this year, with more than half of its health care, financial, educational and restaurant industry vertical customers coming from outside of Arizona.

On September 10th, Narducci and his fellow Wheels4Water team members will begin riding more than 3,000 miles from San Diego to Jacksonville, Fla., in 10 days with the goal of raising $200,000 to provide the Kaliro district of Uganda, with clean water and sanitation education for life. Traveling about 250 to 300 miles per day, he will be among five riders in a relay format, with each rider pedaling more than 50 miles per day, often over hilly terrains, extreme elevations, and in intense heat and humidity conditions.

More than $70,000 was raised as a result of last year's ride, which also included fundraising support from cycling communities across the United States.

Narducci’s story is one of transformation. Not just for the physical benefits he receives from avidly cycling, but for the communities that are changed because of how they now have access to clean water and sanitation.

He described what a community without clean water looked like, and the profound impact it had on him, when he went to Uganda for a site visit prior to the installation of a clean water source: “Witnessing a young woman in Uganda who was getting water for her daily use retrieve water from the same source that animals were drinking out of, and defecating in, was heartbreaking ... we just sat there and wept because it does not have to be this way," he says.

"We can fix it. We just need a little help. So, for as little as $40 — a person will be provided with clean water, hygiene and sanitation education for life," he adds. "This is something that is definitely worth doing.”

So far, Wheels4Water has provided clean water and sanitation to more than 6,000 people living in communities across Uganda, Kenya and the Democratic Republic of the Congo. Despite great strides in economic and social development in recent decades, Uganda, in particular, continues to struggle to provide safe water and sanitation to its citizens — with 71% of people lacking access to clean water, a basic necessity that protects a person's health and longevity of life.

Wheels4Water’s strategic partnership with Lifewater International aligns the team with an organization that has feet on the ground to evaluate community opportunities and execute the work by drilling wells, educating communities and repairing water sources. A child dies every 60 seconds from water-borne illnesses, typically in rural and remote places throughout the world.

Narducci's son, Justin — an MBA grad who worked for McDonnel Douglas on their helicopter program — serves as CEO of Lifewater International. He says that a visit to Ethiopia in 2004 left an indelible mark that changed his son's career ambitions, leading him to get involved in community development in Africa. Justin Narducci and his wife also adopted an Ethiopian boy, Trevor (Tony Narducci's first grandson), before going on to have two more biological children on their own.

Wheels4Water was founded in 2014 by two creatives from the Chicago area: Justin Ahrens, Principal of Rule 29 Creative alongside co-founder Brian McDonald of Wonderkind Studios. They partner with businesses, individuals and non-profit organizations who want to create positive change by leveraging collective resources and influence, bringing safe water and sanitation training to people for life.

Wheels4Water believes that clean water should be a reality for everyone, and that sometimes progress starts with one pedal after another. And one mile at a time. Click here to learn more about the cross-country fundraiser and how a $40 donation can provide clean water, sanitation and hygiene education to a person for life.